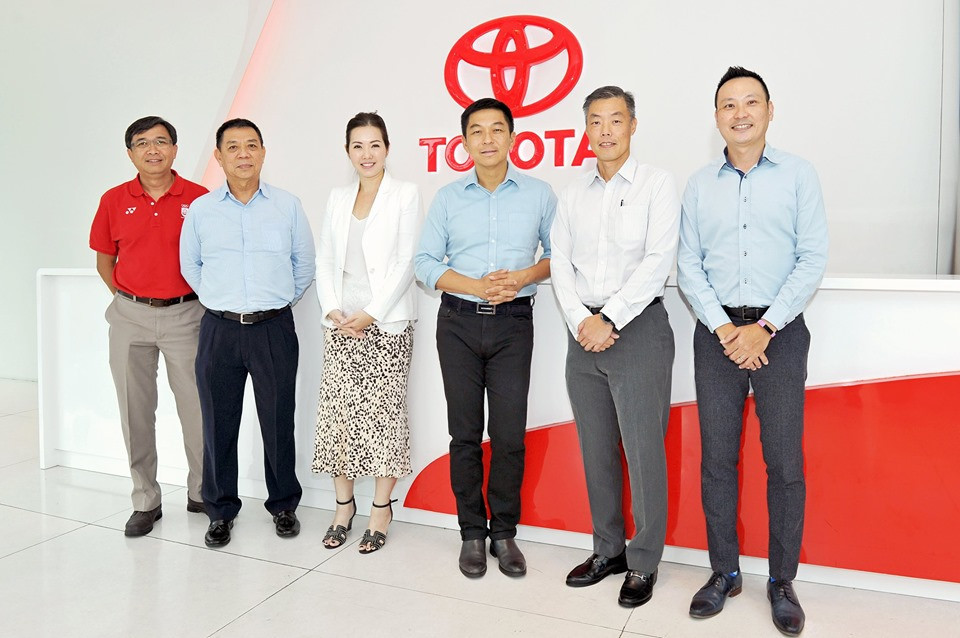 The Singapore National Olympic Council (SNOC) has signed a partnership deal with Borneo Motors, Toyota's authorised dealer in the country.

Borneo Motors has become the official mobility partner of the SNOC under the terms of the agreement.

SNOC President Tan Chuan-Jin received a Toyota Vellfire on behalf of the organisation at the signing ceremony.

"As part of championing our ‘Start Your Impossible’ initiative, Borneo Motors is honoured to be the official mobility partner of the SNOC," Toyota Singapore wrote in a post on Facebook.

"We’re also humbled to have had Mr Tan Chuan-Jin, President of the SNOC, with us to receive the Toyota Vellfire on behalf of the organisation."

Borneo Motors, which has worked with Toyota for over 50 years, is also the authorised car distributor and retailer of Lexus and Hino cars in Singapore.

The Japanese car manufacturer is a member of the International Olympic Committee's top-tier sponsorship category.

Toyota joined The Olympic Partner scheme in 2015 in a deal which runs through to 2024.