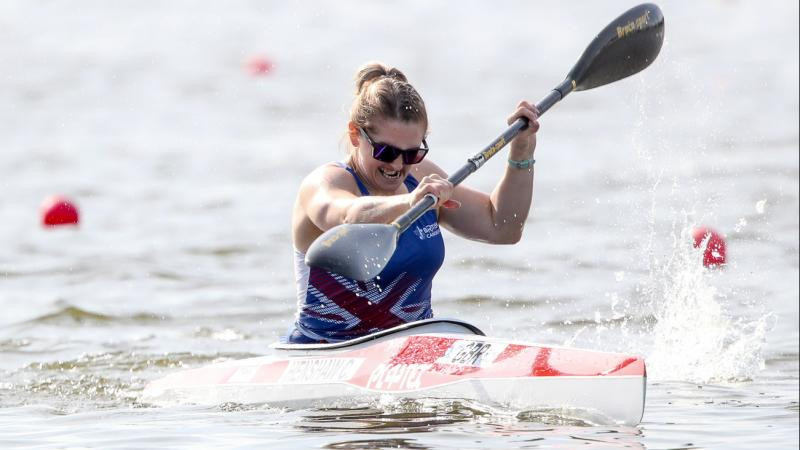 More than 50 slots at the Tokyo 2020 Paralympic Games will be on offer as the International Canoe Federation (ICF) Paracanoe World Championships begin in Szeged in Hungary tomorrow.

Britain's Charlotte Henshaw and Australian Curtis McGrath are tipped for glory at the Maty-ér racecourse.

As a two-time Paralympic swimmer and reigning world champion, Henshaw is in her third Paracanoe season and won a first European Championship title earlier this year.

Having also won at the KL2 World Cup, she is strongly fancied to be in the medal shake-up.

McGrath will target two Paralympic medals in 2020 after the Va'a boats were added to the Tokyo 2020 programme.

Competitors cannot earn individual berths in Tokyo during the championships, but national quota places, with 30 male and 24 female positions up for grabs.

Each athlete can only earn one quota for their country, no matter how many events they contest in Szeged.

The top-six finishers will earn those quotas.

The remaining Paracanoe quotas will be allocated at next year’s World Championships in Duisburg in Germany.

"Tokyo will be one year away on August 25 so it does make the World Champs a little more significant," said McGrath.

"Having that milestone is a great motivator to perform at Worlds and get Australia qualified for some spots in the Games.

"I am hoping to get two gold medals but a lot can happen in one year so we will see.

"It’s an exciting time ahead."

Brazilian Igor Tofalini is also targeting VL2 success in Hungary, while Maryna Mazhula and Serhii Yelemlianov could take a golden double for Ukraine.

Yelemlianov is the reigning world and Paralympic champion and won the Poznan World Cup and European Championship KL3 title earlier in the season.

The ICF Paracanoe World Championships will conclude on Saturday (August 24).