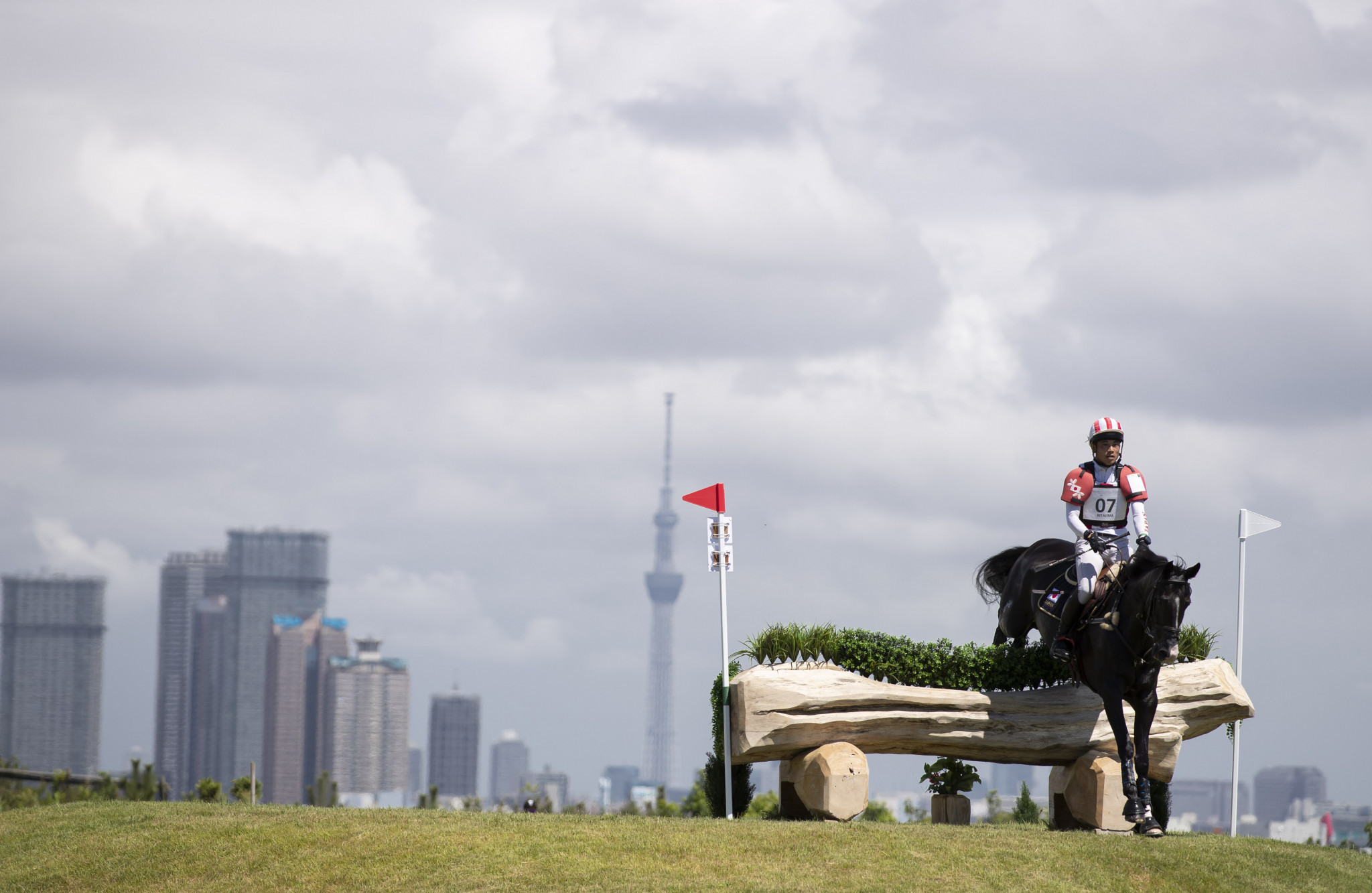 The International Equestrian Federation (FEI) has carried out a major research study in a bid to see how horses may cope in humid conditions at Tokyo 2020.

Temperatures in the Japanese capital have neared 40 degrees Celsius with the heat a huge concern for organisers leading up to the Olympics and Paralympics.

FEI officials launched their study around this month's Olympic test event in a bid to ensure best practice next year.

As well as the humidity, other factors which can impact horses include long travelling times and time-zone disruptions.

"Monitoring of the combined effects of all these factors was put in place prior to the horses' departure from their home countries en-route to Tokyo and throughout last week's equestrian test event in the Japanese capital," the FEI said.

SaddleClip sensors were also used to record gait, speed and distance, while heart rate monitors were fitted to horses before and during competition.

Findings from the study will be provided to the FEI, the Tokyo 2020 Organising Committee and National Olympic and Paralympic Committees before next year's Games.

The results will back-up existing work carried out before the Atlanta 1996, Athens 2004 and Beijing 2008 Games, where heat was also an issue.

An information session on minimising the effects of heat and humidity was also held alongside the test event, an eventing competition which was won by Germany's triple Olympic champion Michael Jung.

"High level equestrian competitions are increasingly taking place in parts of the world where the climate poses health challenges for both humans and horses," FEI veterinary director Göran Akerström said.

"The study plays a crucial role in guiding Tokyo 2020 and other Organising Committees on appropriate facilities and support, and will be used to advise and guide athletes and National Federations on the preparation of their horses in the build-up to and during the Olympic and Paralympic Games."

Equestrian at Tokyo 2020 will be held across the Baji Koen and Sea Forest venues.

There have been more than 50 deaths in July as temperatures in Japan approached 40 degrees celsius.

Among the ideas being considered to combat the problem is allowing fans to bring their own bottled water into venues under certain conditions, which had previously been banned at past editions of the Olympic Games due to security and sponsorship reasons.