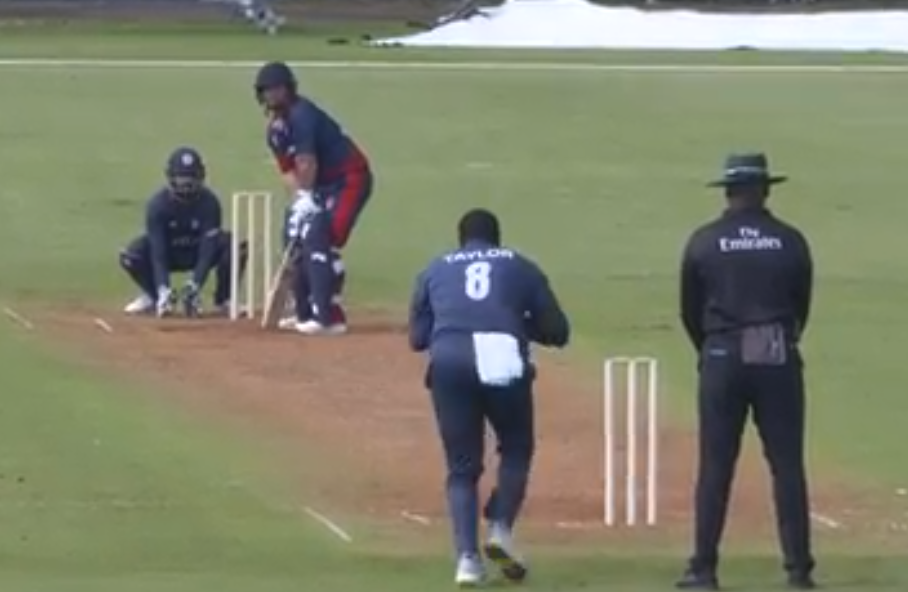 The Americans were beaten by the hosts yesterday but bounced back on a rain-affected day at the Bermuda National Stadium in Hamilton.

They won by 10 runs on the Duckworth–Lewis–Stern (DLS) method but no result was possible in the day's other match between Bermuda and Canada due to the weather.

Cayman Islands, beaten by Canada on day one, were inserted by the US and limped along to a total of just 68-8 as their batters failed to get going.

Timil Patel was the pick of the American bowlers, taking 2-9 with his leg-breaks, while off-breaker Steven Taylor chipped in with 2-10.

The Americans lost regular wickets in reply but with the target so low were never in any danger of falling short.

Rain halted their charge at 60-5 after 15 overs when they were well ahead of the rate under the DLS formula used to decide winners in interrupted matches.

Canada will feel frustrated as they were on course to record a second win before rain ended their chase after just four overs, too early for DLS to be considered.

They restricted Bermuda to 82-9 after the hosts were able to bat 16 overs before the rain.

Dillon Heyliger shone with the ball, taking 4-16 with his medium pacers, but the game was called off with Canada marooned on 40-0 in reply.

Both sides picked up a point for the no result and both have a tally of three at the top of the table.

The US now have two points with the Cayman Islands yet to get off the mark.

The double round-robin tournament will continue on Wednesday (August 21) with Bermuda taking on Cayman Islands and the US facing Canada.

Both games will take place at White Hill Field in Sandys Parish.

The top two sides at the end of the event will qualify for the ICC's T20 World Cup Qualifier, to be held in the United Arab Emirates in October and November.

This will in turn offer six places for the 2020 ICC T20 World Cup in Australia.