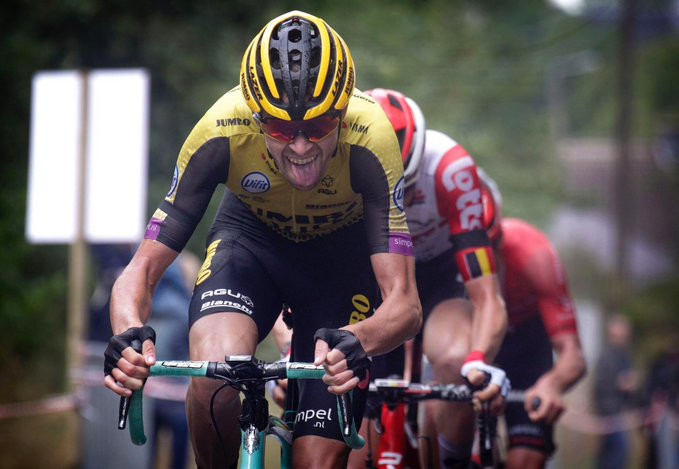 The 23-year-old started the final day in third place, 12 seconds behind compatriot and leader Tim Wellens.

He then finished third in today's 178.6 kilometres stage, which started in Sint-Pieters-Leeuw and concluded in Geraardsbergen, both Belgian cities.

De Plus had escaped from the main group of cyclists, alongside fellow Belgians Oliver Naesen and Greg Van Avermaet, with 20km left to go.

Naesen was the winner in the final sprint, crossing the line in 3 hours 52min 40sec, with Van Avermaet second and De Plus completing the podium.

The result was enough to propel De Plus to the top of the standings with a total time of 21:29:55.

Naesen took second place overall, while Wellens had to make do with third after finishing 30 seconds off Naesen.

The BinckBank Tour consisted of seven stages, taking place in both The Netherlands and Belgium.

The classic Vuelta a España, from August 24 to September 15, is due to be the next event on the UCI World Tour.