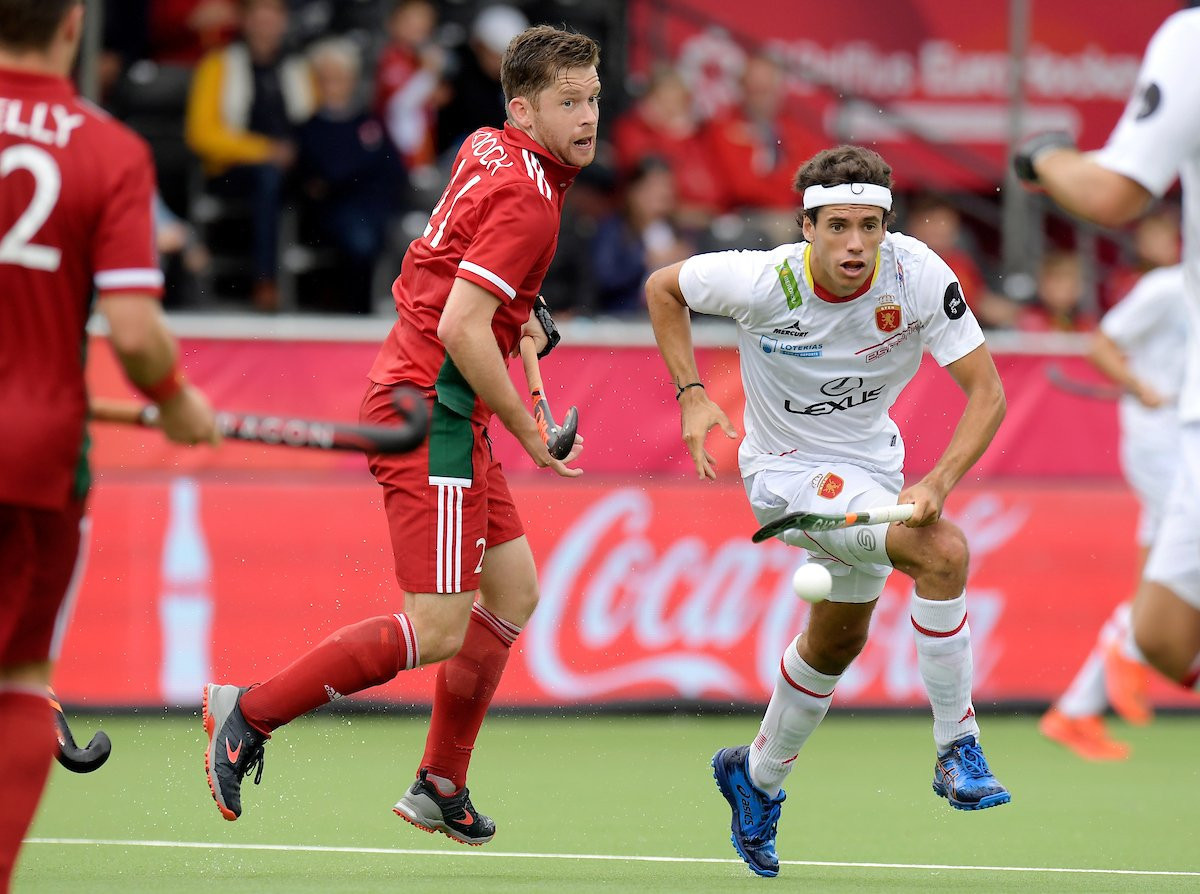 Spain bounced back from an opening day defeat to Belgium to beat Wales and get their bid to reach the men's EuroHockey Nations Championship semi-finals back on track in Antwerp.

Alvaro Iglesias and Pau Quemada opened the scoring for the Spaniards before Vincenc Ruiz and Josep Romeu made it 4-0 at Wilrijkse Plein.

Gareth Furlong grabbed a consolation for Wales from a penalty corner before Quemada's second secured a strong victory.

In the pool's other match today, hosts Belgium recorded a 2-0 victory against England.

Tom Boom opened the scoring from a penalty corner on 15 minutes before Alexander Hendrickx sealed the win in the 49th minute.

In Pool B, Scotland scored two late goals to grab an unlikely 3-3 draw against Ireland.

A Kenny Bain brace and Craig Falconer strike had put Ireland in the driving seat at 3-1, Scotland's opener coming from Shane O'Donoghue in the first half.

But a dramatic end to the match saw Tim Cross reduce arrears in the 55th minute before O'Donoghue levelled the match with just two minutes to play.

The Netherlands remained unbeaten in Pool B with a late winner against Germany.

Billy Bakker restored the lead on 40 minutes only for Lukas Windfeder to restore parity for the Germans for a second time.

The winner came for The Netherlands in the 51st minute though when Thierry Brinkman netted to seal a 3-2 victory.

In the women's tournament England scored an opening victory after holding off a late fightback against Ireland in Pool B.

The Irish fightback saw Beth Barr latch onto a drag flick to set up a tense final 15 minutes.

Maddie Hinch in the England goal made a couple of smart saves in the dying stages to secure the points.

England join Germany at the top of the pool after they powered past Belarus in the day's opening clash.

Five first-half goals set them on their way as they breezed to a 13-0 triumph.

The tournaments will serve as a direct qualifier for next year's Olympic Games, with the winners earning their place at Tokyo 2020.