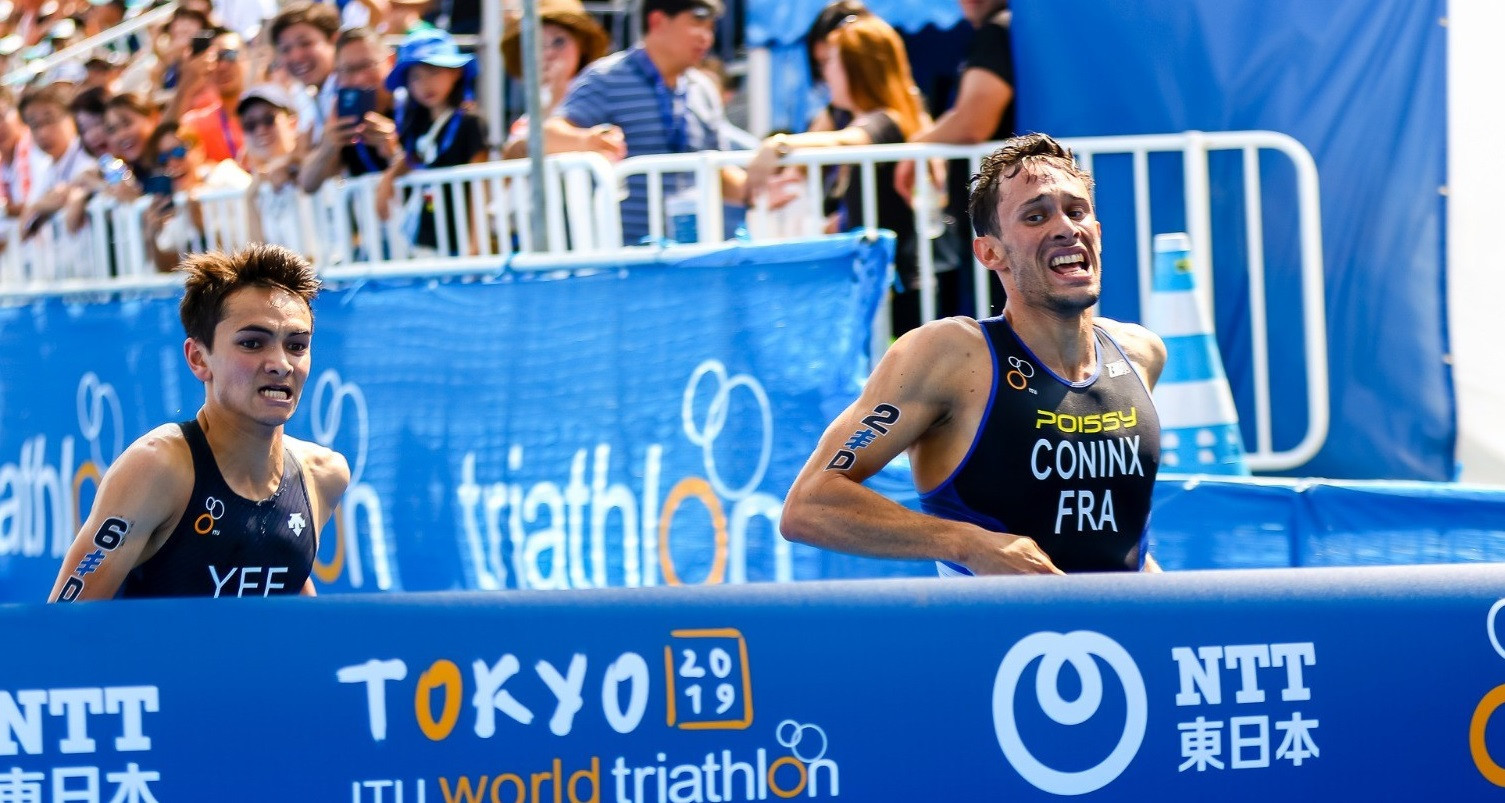 France won the mixed relay title at the Tokyo 2020 triathlon test event after edging Britain in a photo-finish.

Dorian Coninx pipped Alex Yee on the line after a thrilling race for the line in the Japanese capital, with the event doubling as a leg of the mixed relay World Triathlon Series.

The French, who are the back-to-back world champions in the discipline, will be hugely hopeful of Olympic gold in Tokyo where mixed relay will appear for the first time.

Today's action took place on the fourth and final day of the test event with Léonie Périault,
Pierre Le Corre and Cassandre Beaugrand also part of the victorious quartet.

Swimming took place despite its cancellation at the Paratriathlon event yesterday due to high levels of E.coli bacteria found in the water.

"It was a big responsibility and a big stress," said Coninx after being tasked with the anchor leg.

"I tried my best to save the most energy as I can and it worked so it's unbelievable.

"I knew he [Yee] was maybe the hardest guy to beat today and I was so focussed about overtaking him before the dive so I could drop him in the water but I crashed in."

Britain had led for much of the race with Learmonth and Taylor-Brown competing again after their controversial disqualification from the individual women's race.

In scorching conditions they appeared to finish first and second but they were then thrown out of the race for forcing a "deliberate tie" after taking the tape hand-in-hand.

"It was a great race, a great fight," said Yee.

"I gave it everything I had and today it wasn't enough but I am proud of myself for giving it all I had.

"The guys put me in a fantastic position and I can't thank them enough."

All of the Tokyo 2020 test events are taking place under the "Ready Steady Tokyo" banner.