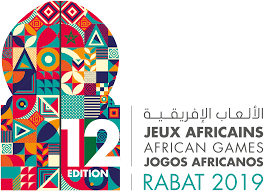 The World Anti-Doping Agency (WADA) have announced their independent observer (IO) and athlete outreach (AO) teams for the upcoming African Games in Morocco.

The IO and AO teams will provide expert advice to the organisers of the Games, which start tomorrow and run until August 31 in Rabat.

The IO team will observe aspects of the African Games anti-doping programme such as test distribution planning, the selection of competitors for testing, notification of doping control, sample collection procedures and results management.

Anti-doping consultant Sophie Berwick has been named as the chair, with WADA's Sameh Elray the team manager.

Elske Schabort of the South African Institute for Drug-Free Sport and Issoufou Aliou of the African Regional Anti-Doping Organisation (RADO) Zone Two and Three make up the rest of the team.

They will provide daily feedback to the Association of National Olympic Committees of Africa (ANOCA) and and the Rabat 2019 Organising Committee, before issuing a post-event report that will include a series of observations and recommendations designed to enhance anti-doping activities at future African Games.

A WADA AO team will be present to provide an opportunity for all competitors to engage with anti-doping in an informal and fun environment.

The team, staffed by anti-doping experts from across Africa, will be active in the Athletes' Village during the first week of the Games.

The aim of the team is to raise awareness among athletes, support personnel and others on the dangers and consequences of doping and athletes' rights and responsibilities under the World Anti-Doping Code.

Visitors to the AO booth will be encouraged to complete the Play True quiz and sign a pledge explaining why they "Play True".

"The African Games are another important event on this year's sporting calendar as we inch closer to the Tokyo Olympic Games in 2020," said WADA director general Olivier Niggli.

"WADA is pleased that an independent observer team will be present in Rabat, working alongside the African Games' doping control team and organisers, to assess every aspect of the anti-doping programme in place for the benefit of clean athletes.

"We also welcome the opportunity for a dynamic WADA outreach team to be on hand to engage and educate participating athletes and their support personnel about anti-doping and the importance of instilling clean sport values within the larger sporting community.

"These are key priorities for WADA and I wish to thank ANOCA and the African Games' Organising Committee for their ongoing support in helping us to execute these programmes on the ground."

Just under 7,000 athletes from 54 African countries are expected to compete across 26 sports during the Games.

The Nigerian National Anti-Doping Committee was reinstated by WADA in February, having been declared non-compliant in November due to structural issues related to its testing procedure.