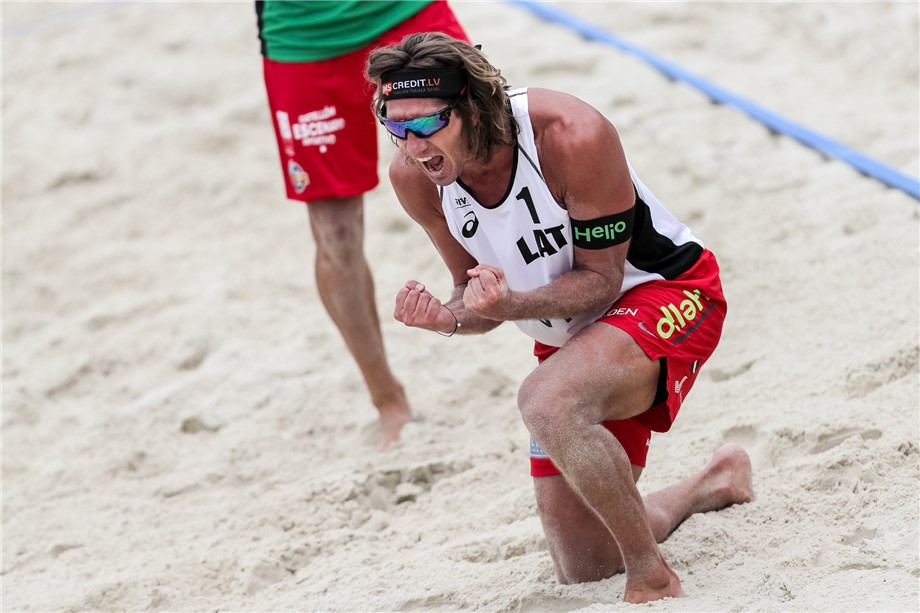 Brazilian players had a day to remember at the International Volleyball Federation Beach World Tour event in Moscow as they earned a place in the men’s and women’s finals.

The triumph came thanks to a final game that went far beyond the normal winning total of 15, ending up at 22-20 in favour of the Latvian team.

The Latvian pairing, who beat home favourites and reigning world champions Viacheslav Krasilnikov and Oleg Stoyanovskiy yesterday, will now meet Alison Cerutti, who won Rio 2016 gold for the home nation alongside Bruno Schmidt, and the partner with whom he is now targeting a title defence at the Tokyo 2020 Games, Alvaro Morais Filho.

In the women’s other semi-final, Germany’s Karla Borger and Julia Sude lost 22-20, 16-21, 12-15 to the unseeded Swiss pairing of Joana Heidrich and Anouk Vergé-Dépré.