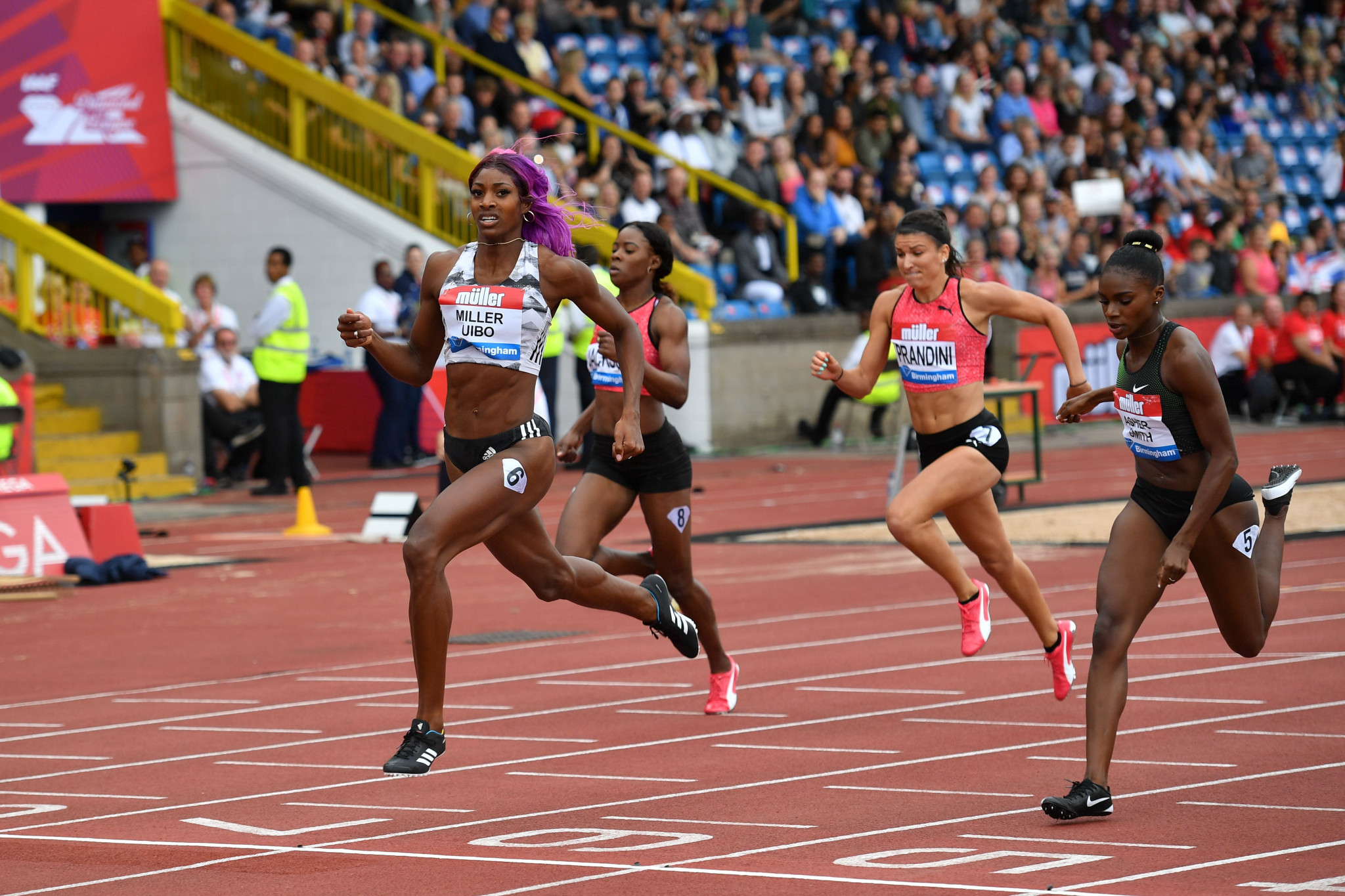 The race will provide a compelling final flourish to the Muller Grand Prix – the eleventh of this season’s Diamond League meetings.

While Schippers’s best of 21.63sec – set in winning her first world title in Beijing four years ago – puts her third on the all-time world list behind American’s Florence Joyner-Griffith and Marion Jones, she is only 12th in this season’s list with 22.45.

Miller-Uibo, who beat Asher-Smith into second place at the last Diamond League meeting in London last month, is the defending Diamond League 200m champion but needs to do well here to qualify for this season’s final.

The Bahamas sprinter is third in the 2019 rankings with 22.09, 0.04sec adrift of Nigeria’s Blessing Okagbare, who is also in the Birmingham field.

Asher-Smith, consistently good this year, is sixth in this year’s rankings with 22.18, one place ahead of 32-year-old Fraser-Pryce, who has run 22.22.

There is another fascinating match-up in a women’s sprint event elsewhere on the programme as the fastest women’s 100m hurdler of the season, Jamaica’s Danielle Williams, takes on world record holder Kendra Harrison of the United States.

Williams, the 2015 world champion, ran 12.32 in her last race on British soil, the London Diamond League meeting in July.

Following the withdrawal of world silver medallist Christian Coleman, who has already secured his place in the IAAF Diamond League final, Akani Simbine, also Zurich-bound, will start as the fastest man in the 100m field having run 9.92sec this season.

The men’s javelin is of a similar high standard with six of the top seven throwers in the world this year due to compete.

While the women’s long jump in Birmingham features some of the discipline’s best specialists, the focus for many will be on world heptathlon champion Nafissatou Thiam and world indoor pentathlon champion Katarina Johnson-Thompson.

They will meet for the first time in an IAAF Diamond League setting in what will be their only head-to-head prior to the IAAF World Athletics Championships in Doha.

Just one centimetre separates the pair on season’s bests, Johnson-Thompson having jumped 6.68m this year to Thiam’s Belgian record of 6.67m.

But the Briton is a 6.93m performer at best and will be cheered on by the home crowd.