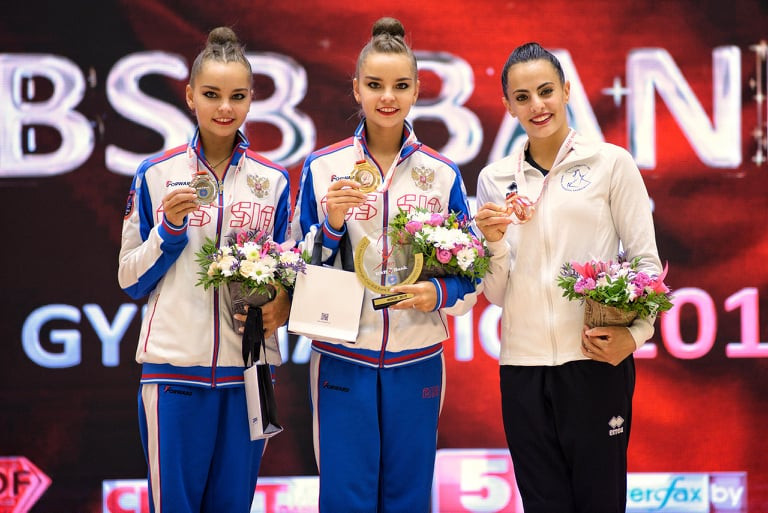 Dina Averina got the upper hand on her twin sister Arina to claim all-around gold at the International Gymnastics Federation World Challenge Cup in Minsk.

The younger of the Russian twins topped the podium with a score of 93.450 points as Arina claimed second spot on 91.950.

Israel's Linoy Ashram was the best of the rest, having amassed 86.650 points from the four disciplines.

Dina topped the leaderboard in the both the clubs and ribbons individual events ahead of the apparatus finals at Gymnastic Palace tomorrow.

Bulgaria's Boryana Kaleyn was in third place on 23.150 points.

Dina also led Arina in the ribbons qualification with a score of 22.600 points as Arina qualified in second place on 20.900.

The event in the Belarusian capital continues tomorrow.