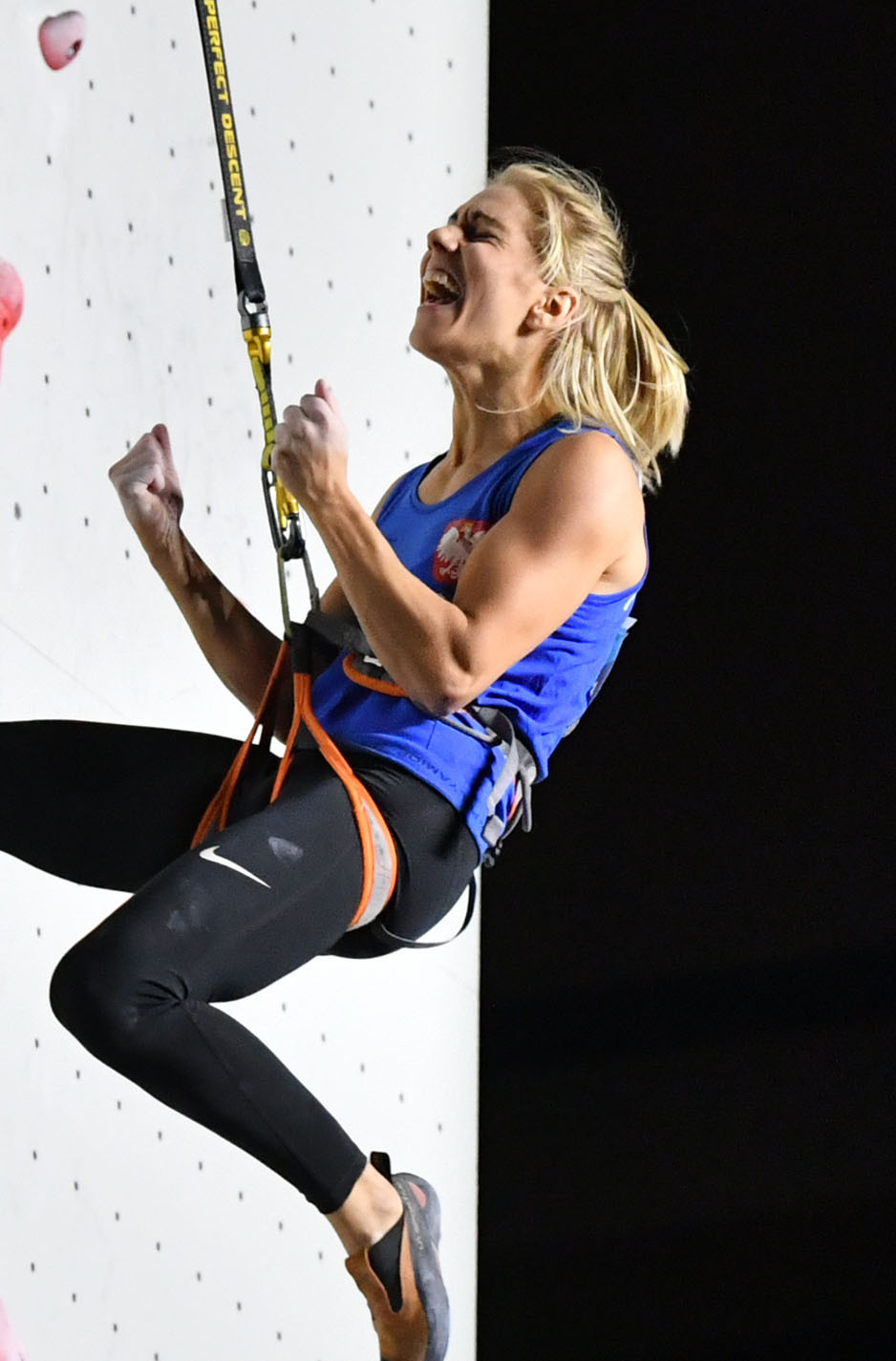 The 25-year-old Polish climber, who won in Innsbruck last year under her maiden name of Rudzinska, clocked 7.129sec in the final to defeat Di Niu of China, who finished in 8.363.

Both athletes stumble at the same place, but it's FOSSALI who walks away with the gold while KRIZ takes silver. #IFSCwch

Fossali, ranked fifth in the world, ensured that his first World Championship medal would be golden when he finished ahead of Austria’s Jan Kriz, third in last month’s IFSC Climbing World Cup in the Swiss resort of Villars.

Both athletes stumbled at the same point in the decisive run, but while Kriz fell, Fossali recovered to finish in 6.871.