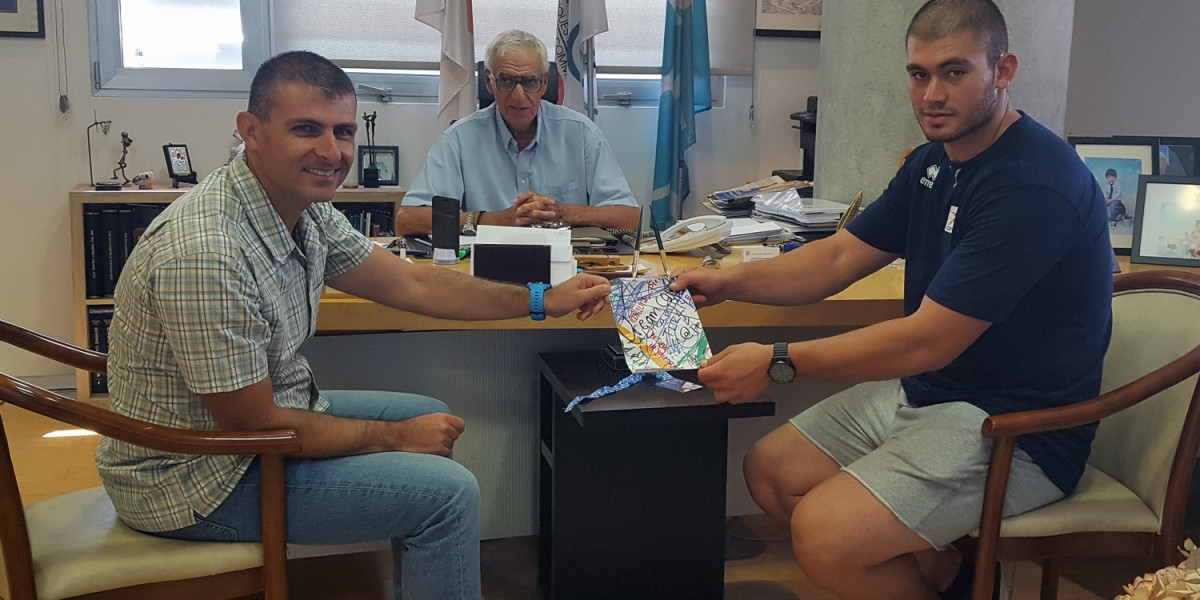 The Cyprus Olympic Committee (COC) held a reception for discus thrower Giorgos Koniarakis following his role as a young ambassador at the European Youth Olympic Festival (EYOF) in Baku.

Koniarakis, 20, was the Cypriot spokesperson in the European Young Ambassadors programme and acted as a mentor to younger athletes in Azerbaijan.

He met with COC President Dinos Michaelides and the Cypriot Chef de Mission in Baku, George Panagides, at the Cyprus Olympic House in Nicosia.

Koniarakis handed over a piece of fabric from the wall of the Athletes' Village in Baku, which was signed by a representative from all 48 competing nations at the EYOF.

Koniarakis is one of Cyprus' most promising up-and-coming young athletes, having won silver at the 2015 EYOF in Tbilisi, Georgia.

He was crowned as European under-18 champion in 2016 and was a finalist at the Under-20 World Championships in 2018.

While he did not win in Baku, Cyprus earned three medals, including a gold from Gregory Nikolaou in the triple jump.