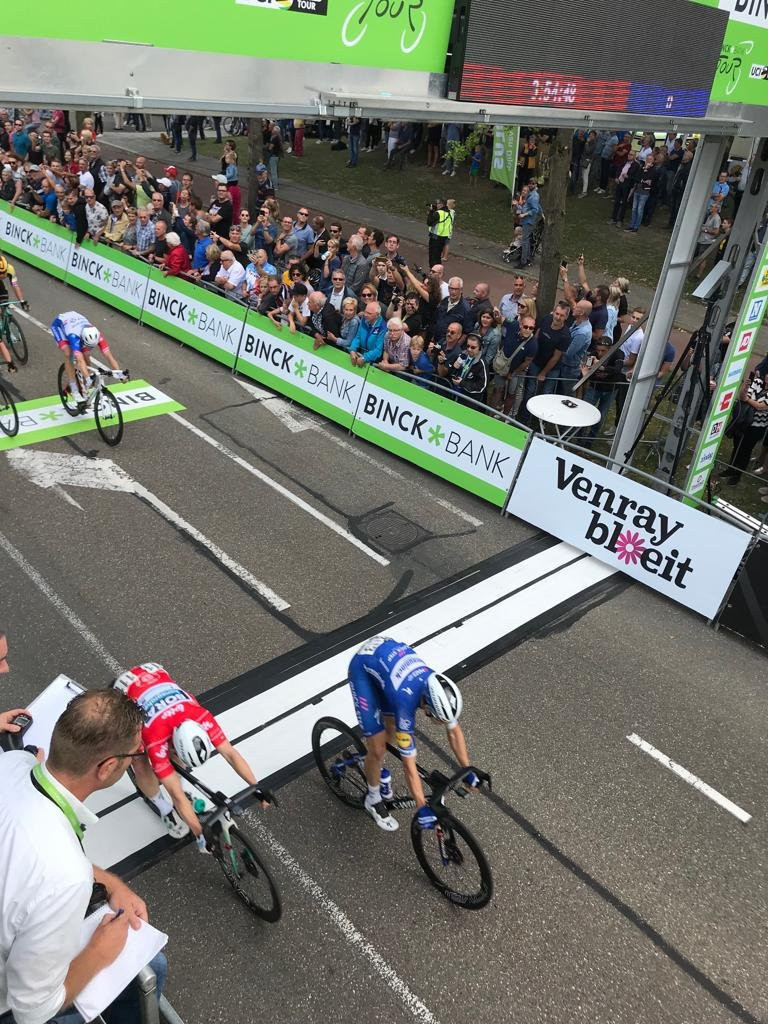 Today saw the longest stage of the UCI WorldTour event, an 184.9 kilometres flat race between Riemst in Belgium and Venray in the Netherlands.

Hodeg held off a late charge from Sam Bennett, who won the first three stages before his hopes of overall victory were ended when he was dropped on yesterday's hilly stage.

Colombian Hodeg made his sprint early and although Ireland's Bennett was gaining on him, the finish line came just in time for the Deceuninck-Quick-Step rider.

🎥 A very happy @alvaro_hodeg after his stage victory in Venray in stage 5 of the #BinckBankTour praises his @deceuninck_qst team mates for the support. pic.twitter.com/QGwG4M7iHi

Bennett, who rides for Bora-Hansgrohe, was second, while Belgian Edward Theuns of Trek Segafredo was third.

Wellens did not finish in the top ten but the Belgian Lotto-Soudal rider maintains his overall advantage, with Sunweb's Marc Hirschi of Switzerland four seconds behind.

The end of the race was disrupted by a crash involving several riders with a few hundred metres to go, although there did not appear to be any serious injuries.

The race continues tomorrow with an individual time trial in the Dutch city The Hague.