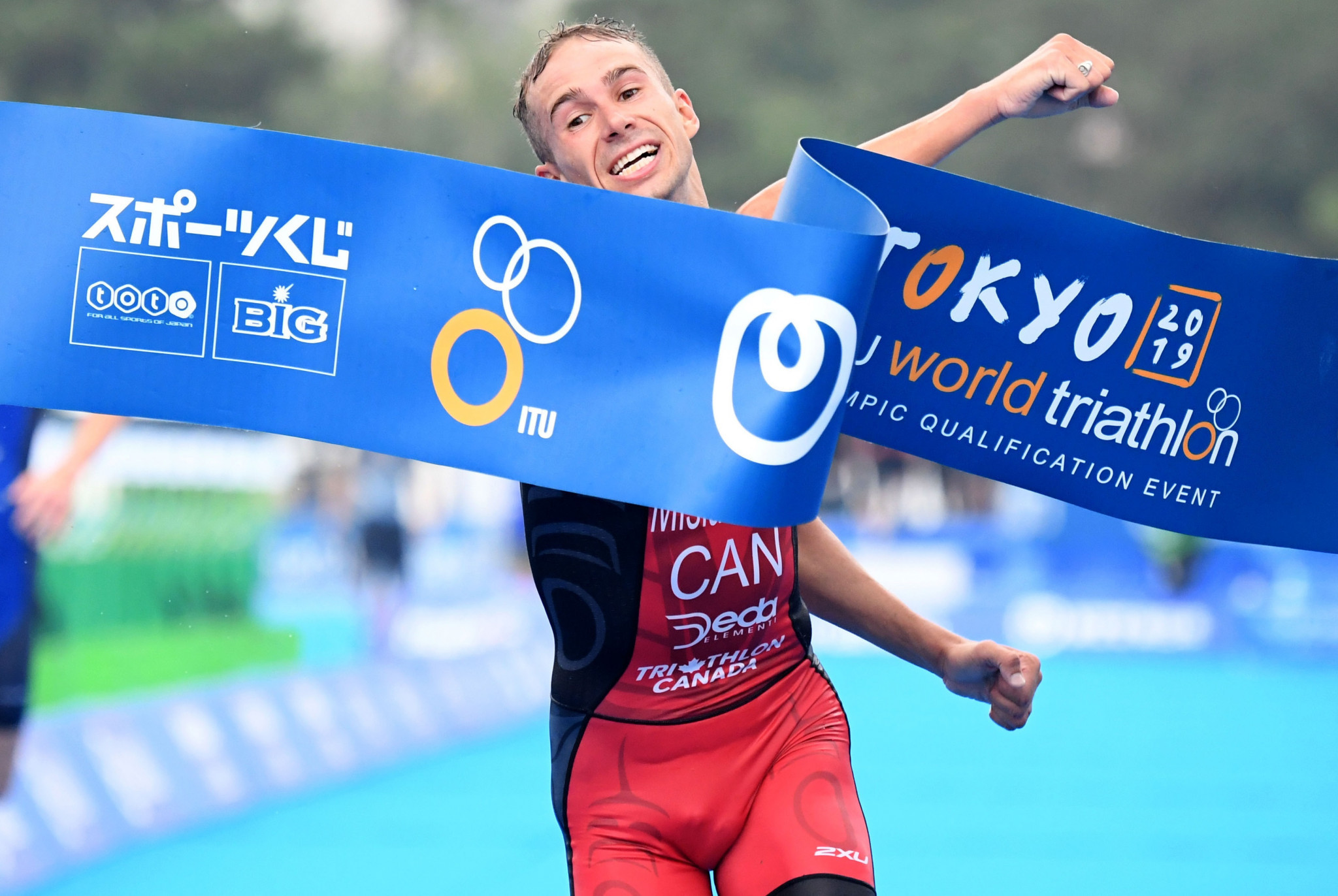 Tyler Mislawchuk became the first male triathlete to claim victory on the 2020 Olympic course after he won the International Triathlon Union World Olympic qualifier, which doubled as a Tokyo 2020 test event.

The Canadian gave his Olympic qualification hopes a big boost as he won the race ahead of Norway's Casper Stornes in second and Hayden Wilde of New Zealand in third.

The three were competing for gold throughout the majority of the 10 kilometres running leg, which became a straight battle between Mislawchuk and Stornes as Wilde's challenge faded.

Mislawchuk had too much in the final stages as he powered away to claim victory.

Wilde guaranteed an Olympic spot with his podium finish, while Mislawchuk needs a single top five place in upcoming events in Lausanne, Bermuda or Yokohama to book his place at next year's Games.

The Elite men's race came down to a magnificent sprint finish and Canada's @Mislawchuk taking the tape to win the #TokyoTestEvent. 🥇
Casper Stornes from Norway in second and a remarkable third place for New Zealand's Hayden Wilde.
📷 @DellyPhotoNinja @TriathlonCanada @Tokyo2020 pic.twitter.com/4ZpBsahifC

"That’s the biggest race outside of the Olympics for me so that’s just unbelievable," Wilde said.

“I had good legs on the day and I want to thank the boys out there for helping me out, we worked as a team and I couldn’t have done it without them.”

Conditions were cooler for the men's race than in yesterday's women's competition, which took place in the high temperatures that have caused concern ahead of Tokyo 2020.

France's Cassandre Beaugrand was hospitalised with suspected heatstroke after the women’s event, despite organisers cutting the run to 5km.