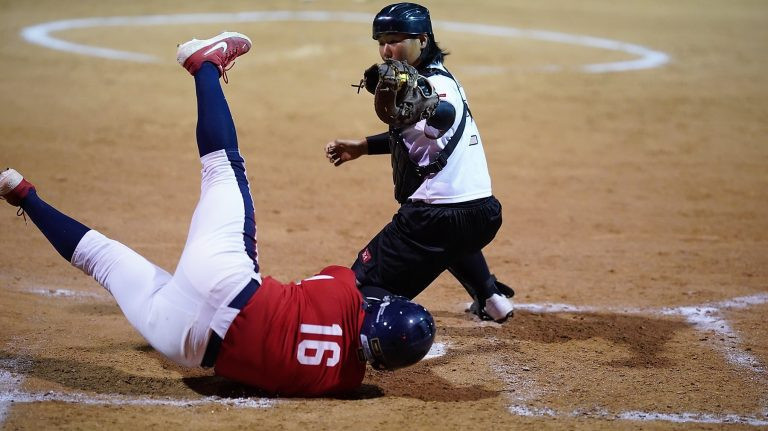 Hosts the United States claimed a 1-0 win over Japan today to maintain their unbeaten record and inflict a first defeat on their opponents at the Under-19 Women's Softball World Cup in Irvine.

Having overcome Chinese Taipei 7-0 earlier in the day, the defending champions scored in the first inning with one of the only two runners allowed by Japanese starter Imu Goto at Bill Barber Park.

Skylar Wallace was actually tagged for an out at home, but the run scored because of obstruction at third base.

Also still in contention for a top-two finish, and a place in the final, are Canada after they beat China 5-3 and Australia 7-0 today.

Australia, Mexico and Chinese Taipei are tied for fourth place with two wins out of five and all have a good chance of reaching the bronze medal game.

Puerto Rico are seventh with one win from five, while winless China are eighth.

The super round is due to conclude tomorrow with a further seven matches.