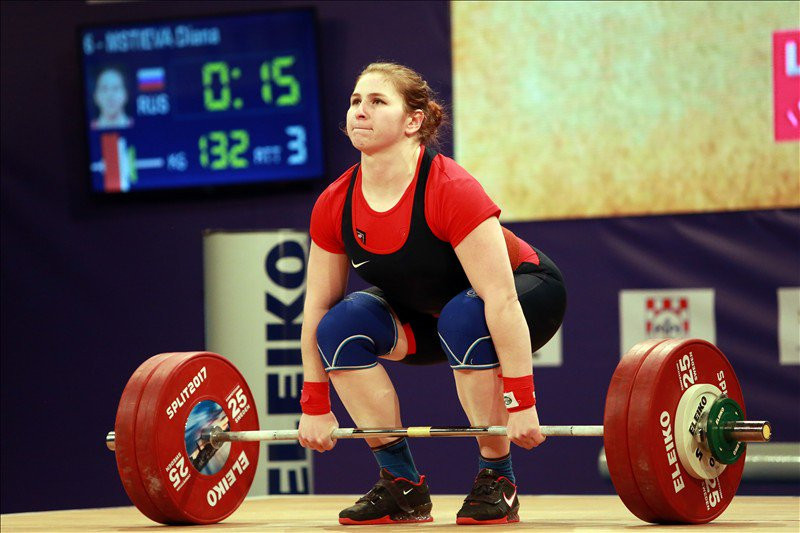 In a bad week for Russian weightlifting, two new doping suspensions have been announced.

Former European champions Diana Mstieva and Rinat Kireev are banned for eight years and four years respectively after testing positive out of competition.

The policing and punishments were carried out by the Russain Anti-Doping Agency (RUSADA).

They will not count towards Russia’s tally of offences on the International Weightlifting Federation (IWF) database, which grew by five on Tuesday (August 13) when provisional suspensions for historic cases based on evidence from the World Anti-Doping Agency (WADA) were announced.

"This is very good news, because it shows RUSADA is doing its job and that Russia is policing itself the right way," said a senior source in European weightlifting.

Mstieva, 24, was European champion at 90 kilograms two years ago, and a continental silver medallist this year in the new 87kg category.

She was sixth at the IWF World Championships last year and 13th in the Olympic rankings.

Mstieva had been suspended for doping for two years in 2014, also internally rather than by the IWF, and will not be eligible to compete again until May 2027.

Kireev was European champion at 94kg in 2013 but had not competed internationally since 2014.

The suspensions were announced by RUSADA shortly after news of the IWF bans was released, for violations based on evidence provided by WADA’s intelligence and investigations department.

Data collected from the Moscow laboratory was analysed by WADA, which investigated 300 athletes with suspicious data and sent evidence on 43 individuals from a range of sports to international federations.

The Russian weightlifters, all of whom have been provisionally suspended are aged between 26 and 31 and all but one figures in the ranking lists for Tokyo 2020, though none is as well placed as Mstieva.

More than 30 Russian weightlifters have tested positive since the 2008 Olympics in Beijing, though only one has been sanctioned by the IWF for an offence committed since 2015.

Russia is one of five nations that will be able to send only two weightlifters to Tokyo 2020, because of the high incidence of doping in the past.