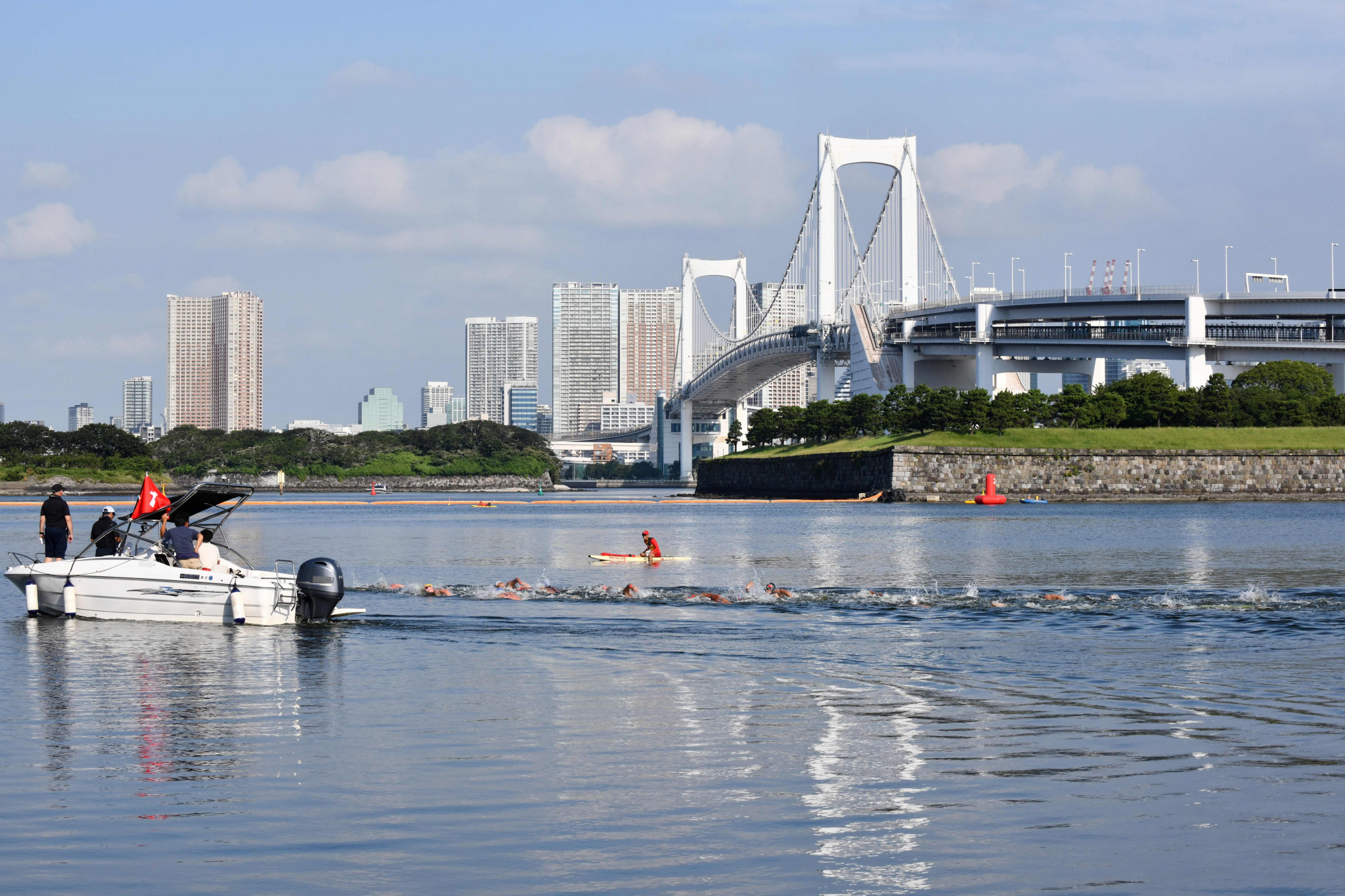 Triathletes will have the opportunity to inspect the conditions they could face at Tokyo 2020 during the World Olympic qualifier this week, which doubles as a test event for next year's Games.

Water quality at Odaiba Park is set to be the main challenge for the athletes who are due to compete over the four days.

Some competitors criticised the quality of the water during the marathon swimming test event at the same venue earlier this week.

The International Swimming Federation (FINA) and the International Triathlon Union (ITU) voiced similar concerns in 2017 after a survey revealed it was not good enough to meet their required standards.

Fears have been allayed since following the publication of improved results last year, while FINA Medical Committee member David Gerrard claimed during the open water swimming test event that "daily readings had given us a clear indication of good water quality".

But Tokyo 2020 will still be keeping a close eye on the standard of the water during the ITU World Olympic qualification event.

The ITU has also implemented a series of measures for the competition, which begins with the women's race tomorrow, to help protect athletes from the expected high heat and humidity.

The start times of the races have been brought forward, while athletes will benefit from air-conditioned areas before and after the competition.

Extra water stations will be installed at the venue and competitors will be allowed to wear cooling vests until their official introduction.

With Tokyo 2020 qualification up for grabs, this week's event, which concludes with the mixed relay on Sunday (August 18), has attracted a strong field.

In the women's race, world champion and Olympic bronze medallist Vicky Holland of Britain will go up against American Katie Zaferes, who leads the World Triathlon Series standings with four victories so far this season.

Bermuda’s Flora Duffy, a two-time world champion, is set to make her return to competition following a long injury lay-off.

Australian Jacob Birtwhistle arrives in the Japanese capital as the favourite in the men's race on Friday (August 16).

South Africans Henri Schoeman and Richard Murray will also be in the field alongside Britain’s double Olympic medallist Jonny Brownlee.