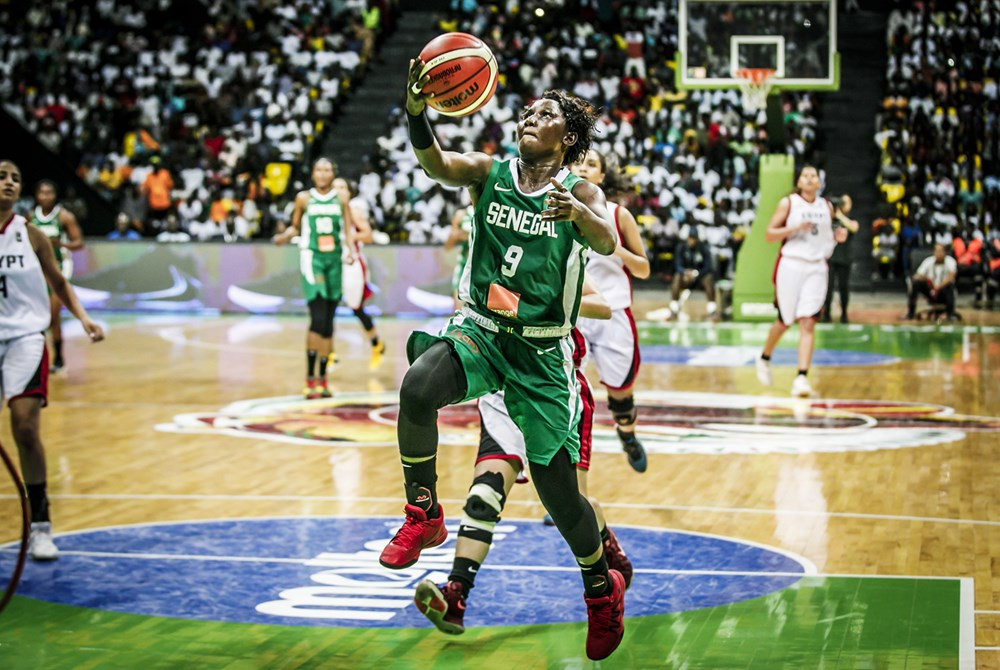 Hosts and pre-tournament favourites Senegal are through to the quarter-finals of the International Basketball Federation Women's AfroBasket after a second big victory in the group stages.

The 12-time champions of Africa beat Egypt 85-47 in the final game of the evening at the Dakar Arena in the Senegalese capital.

Blitzes early and late in the game - they won the first quarter 25-11 and the fourth 26-6 - ensured Senegal had far too much for an Egyptian side who lost both matches in Group A.

Astou Traore, 2017 player of the tournament, was the star for Senegal with 11 points, 10 rebounds and four assists, while Fatma Ali's 17 points ensured Egypt were not embarrassed.

Earlier, reigning champions Nigeria picked up the biggest win so far in Dakar as they humbled Cameroon 106-39.

Cameroon, in scoring 95 points against Tunisia in their opening game, had looked as if they would give the holders a good game in Group B.

They were blown away, however, the Nigerians scoring no fewer than 21 points in any quarter, and had four players as joint top scorers on 14 apiece.

Mali are also into the last eight after an impressive 82-56 victory over the Democratic Republic of Congo in Group C.

Looking for their first title since 2007, the Malians have topped the group ahead of two other former champions, and recovered from trailing 16-13 at the end of the first quarter with some superb scoring in the middle quarters, including 30 points in the third quarter.

Touty Gandega was the stand-out for Mali, scoring 19 points in an imperious performance.

Group D proved to be the tightest of the tournament, and has been won by Mozambique after they saw off Cape Verde 60-51.

Mozambique looked to have the game sewn up by the end of the third quarter as they led 49-30, although Cape Verde rallied to give themselves hope ahead of the playoffs.

The sides finishing second and third in the pools go into the playoffs tomorrow, with the winners advancing to the quarter-finals.

Angola are due to play Kenya with the winner facing Senegal, while Cameroon take on Egypt for the right to face Mozambique.

The victor of Cape Verde versus DR Congo is up against Nigeria, while Ivory Coast or Tunisia will play Mali in the last eight.