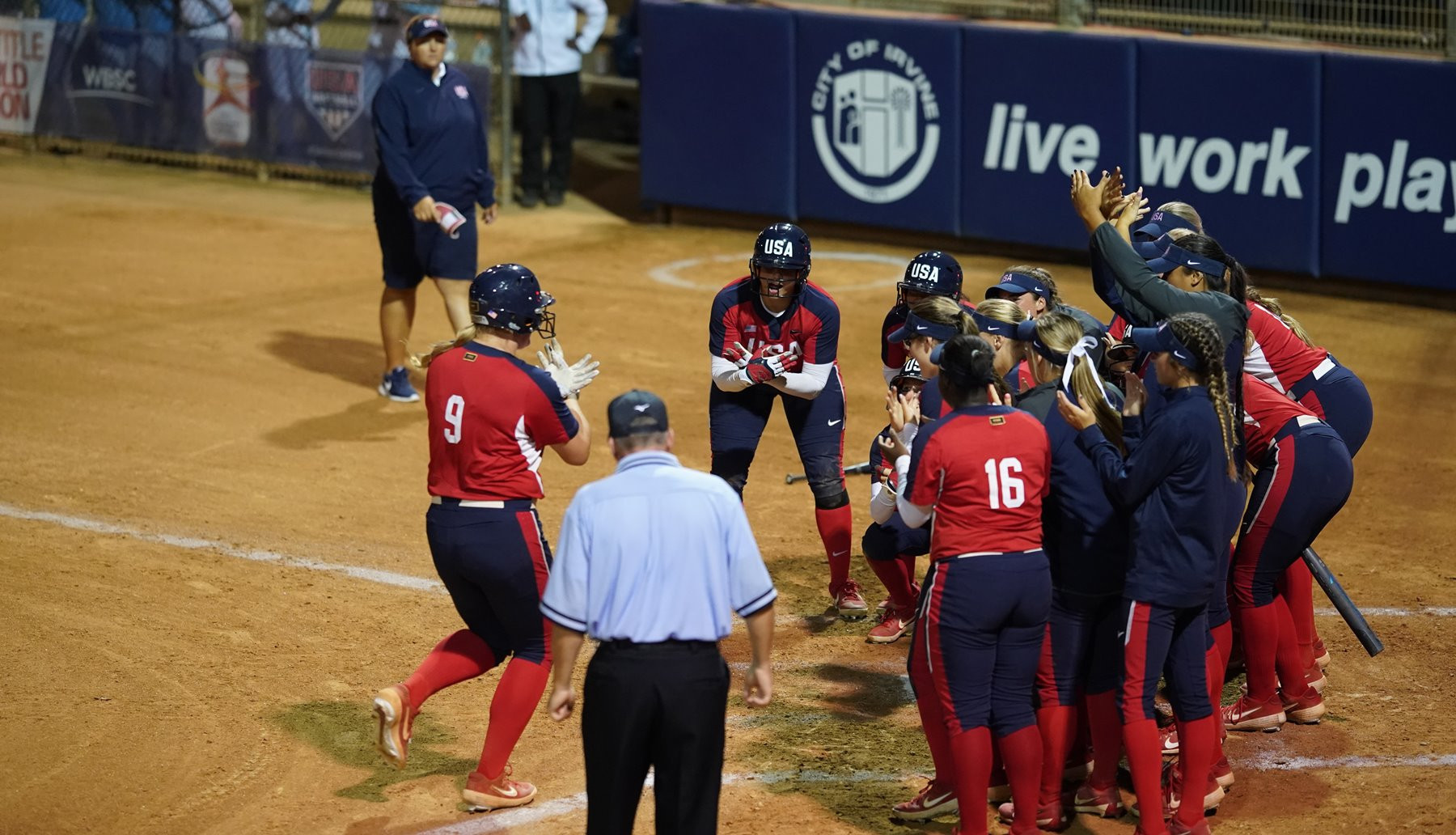 Hosts the United States were among the four teams to secure their place in the super round as action continued today at the Under-19 Women's Softball World Cup in Irvine.

The six-time reigning champions needed only three innings to outscore Botswana 15-0 at Bill Barber Park, making it two wins out of two in Group A.

Starter Caroline Arone gave up seven runs without getting an out and the score after one inning was 9-0.

Today’s other match in Group A saw Mexico edge Czech Republic 1-0 to take up second place behind the Americans.

Also ensuring a spot in the super round today were Canada, Japan and Puerto Rico after all three teams ended the day on perfect records.

Puerto Rico followed up yesterday’s victory over Brazil in the Group C opener by beating China 5-3, while Japan defeated both South Africa and Australia 8-1 in Group B and Canada overcame The Netherlands 2-0 and Chinese Taipei 7-0 in Group D.

Elsewhere in Group C, Ireland lost 8-3 against China and 7-1 to Brazil.

The one other game in Group B saw Italy thrash South Africa 10-0 and there were mixed fortunes for New Zealand in Group C as they recovered from a 7-6 defeat against Chinese Taipei to beat The Netherlands 7-0.

Opening-round action is due to conclude tomorrow.

Ireland, The Netherlands and South Africa are the only three teams out of contention for one of the four remaining berths in the eight-team super round, scheduled to be held from Tuesday (August 13) to Friday (August 16).

On Saturday (August 17), the top two teams from the super round will compete in the final, while the third and fourth-place teams will contest the bronze medal game.