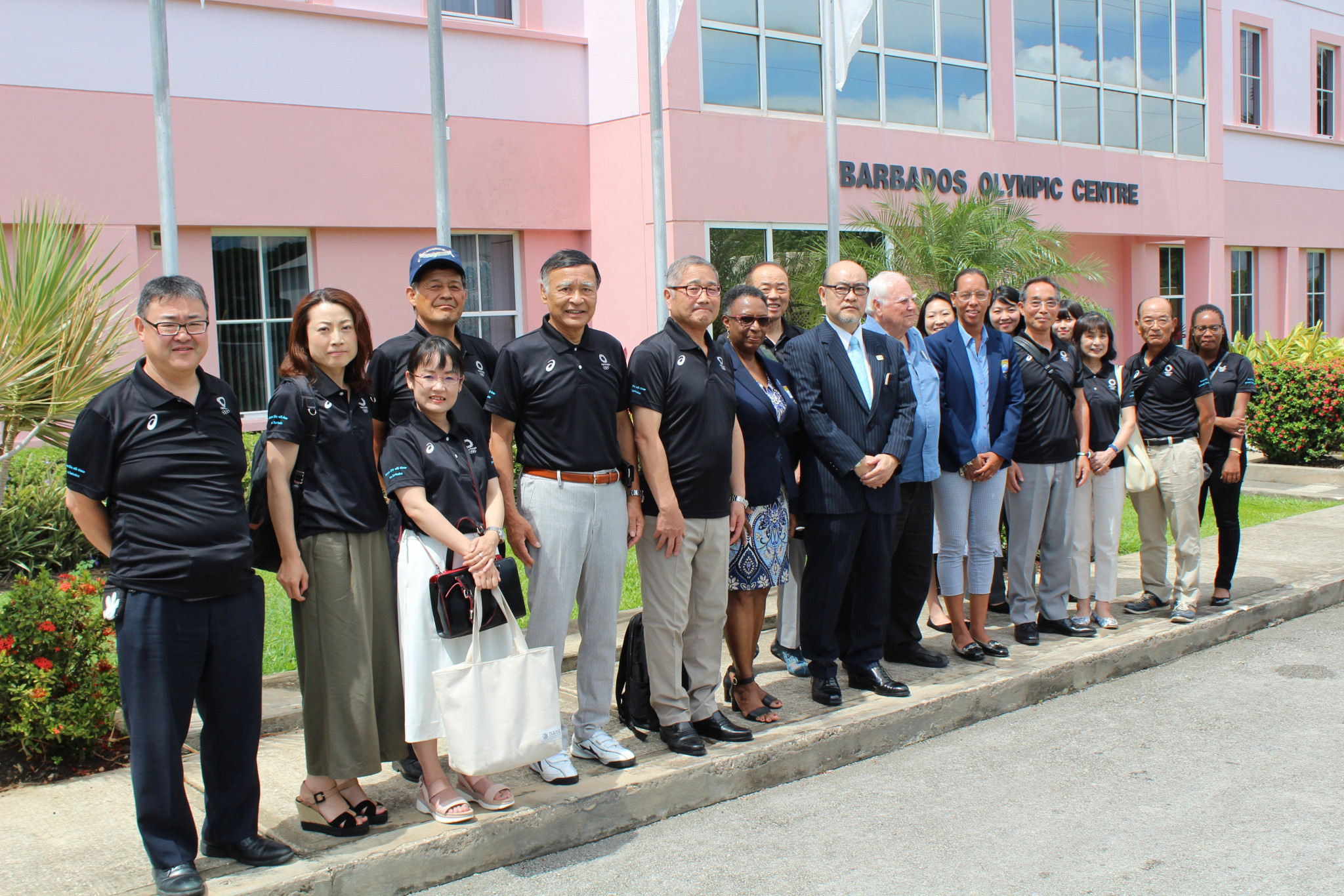 The Barbados Olympic Association (BOA) have hosted officials from Nanyo City in Japan as build-up continues to Tokyo 2020.

The BOA have paired with the Japanese city as part of a cultural exchange in the build-up to the Olympics,.

Bajan athletes are due stay in Nanyo for two weeks ahead of the Olympics Games next year.

After a contingent of athletes and artists from Barbados visited Nanyo in February this year, the Japanese delegation returned the favour with a visit to the BOA in Wildey.

Teruhiko Shinada, Japanese ambassador to Barbados was accompanied a group of 14 people including vice mayor of Nanyo City, Toyohiro Onuma.

An official meeting was held with President of the BOA, Sandra Osborne, and other Board members, during which preparations for the pre-Games camp were discussed.

Members of the delegation were also treated to a tour of the BOA’s museum.

The contingent from Barbados's 2020 Olympics host city, Nanyō during their tour of the Olympic Museum at the BOA. pic.twitter.com/YzDZaqfE4d

in a brief ceremony before lunch, Vice Mayor Onuma read a letter from the Mayor of Nanyo City, thanking Osborne for welcoming the group to Barbados, and saying he was looking forward to hosting the athletes next year.

"There are about 350 days left until the Olympics," the letter said.

"I am hoping that as many Barbadian athletes as possible will be able to participate in the Olympic Games."

Barbados made its debut as an independent country in the Olympic Games at Mexico City 1968.

They have appeared every Games since - with the exception of Moscow 1980 - but have so far won only one medal.

That was a bronze for Obadele Thompson in the men's 100 metres at Sydney 2000.