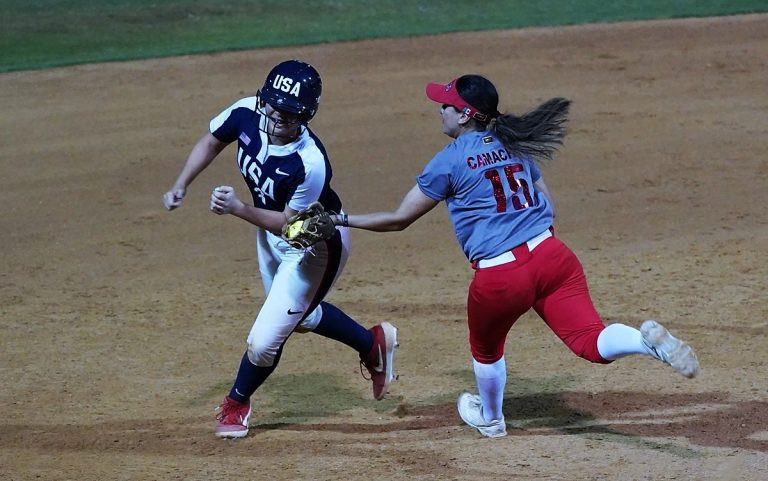 The United States got their World Baseball Softball Confederation Under-19 Women's Softball World Cup defence off to the perfect start with victory against Mexico in Irvine.

A 15-0 scoreline at Bill Barber Park saw the hosts lay down a marker as they seek a third consecutive World Cup victory.

Megan Faraimo was virtually unhittable as she got all 12 outs she needed on strikes in the opening match of the tournament.

The US were quick to score against Yeraldine Carrion as leadoff hitter Skylar Wallace singled up the middle.

She advanced on a ground out and reached third on a base hit by shortstop Marie Freed.

When Freed tried to steal second, Mexico’s catcher threw to centre field and allowed the first run and the second came on a base hit by centre fielder Jayda Leighann.

There was only the US on the field for the rest of the game as Wallace doubled and went on to finish at two for four and three runs batted in.

Freed also enjoyed a multi-hit game as Carrion was forced out of the game and her replacement. Yanina Trevino, struggled with control.

A further 10 scores in the fourth secured a comfortable US victory against Mexico's hapless third pitcher Carolina Zamudo.

In Group C Puerto Rican pitcher Esperanza Coe threw a six-inning, one-hit shutout and homered in the sixth inning to guide her team to victory against Brazil.

During the first four innings of play Coe and Thais Suzawa controlled the game and did not allow a single Brazilian run.

Puerto Rico jumped ahead in the top of the fifth inning and never looked back. with Coe singling to the right side of the field with one out.

Aminah Vega connected a solid line drive to left field that Alissa Usami could not glove which allowed Roman to score the first run of the game from second.

One inning later, the Caribbean side grabbed five additional runs, with a two runs-batted-in single by Karina Ortiz and back to back homers by Coe and Vega.

Coe claimed the win by pitching a one-hit ball game, with five strikeouts and one walk.

With the bat, she went two for three, with one homer and two runs batted in.

The competition is due to resume tomorrow when all the teams will be in action as the group stages continue.