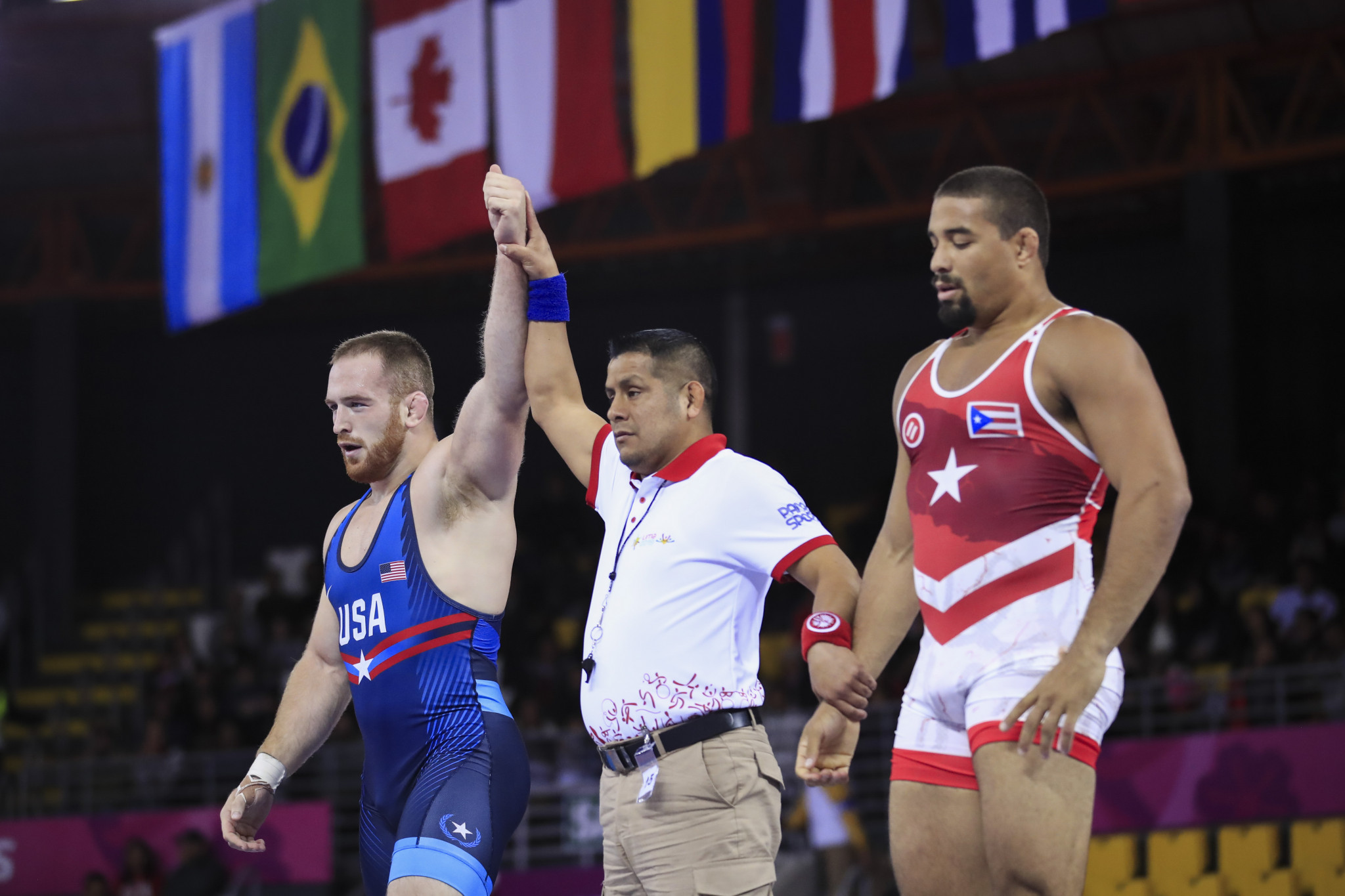 Reigning Olympic champion Kyle Snyder was one of three American gold medallists in the wrestling competition here at the Lima 2019 Pan American Games.

They were joined by Dominican Republic's Luis Miguel Perez and Reineris Salas of Cuba, who both finished with bronze.

The men’s 125kg final was then won by the US’ Nicholas Gwiadzdowski, who thrashed Oscar Pino of Cuba 10-0.

Canada collected another bronze through Korey Jarvis, with Luis Vivenes of Venezuela joining him on the podium.

Cuba managed to triumph in one gold-medal bout, after Yurieksi Torreblanca edged past Venezuela’s Pedro Ceballos 4-3 in the men's under-86kg final.

James Downey of the US and Colombia's Carlos Izquierdo were in third place.

America continued to pick up gold medals throughout the day, with the men and women's water polo teams both topping the podium.

The women's side overwhelmed Canada with a 24-4 victory, while the men beat the same opponent 18-6.

Their victories saw both teams qualify for the Tokyo 2020 Olympic Games.

Brazil claimed the bronze medal in the women's competition with a narrow 8-7 win over Cuba, while their male compatriots also took third place following a 9-6 defeat of Argentina.

The US and Canada met yet again in the women's softball grand final, with the Americans achieving gold after a 3-1 victory.

Puerto Rico were consigned to bronze when the US beat them by the same scoreline earlier in the day.