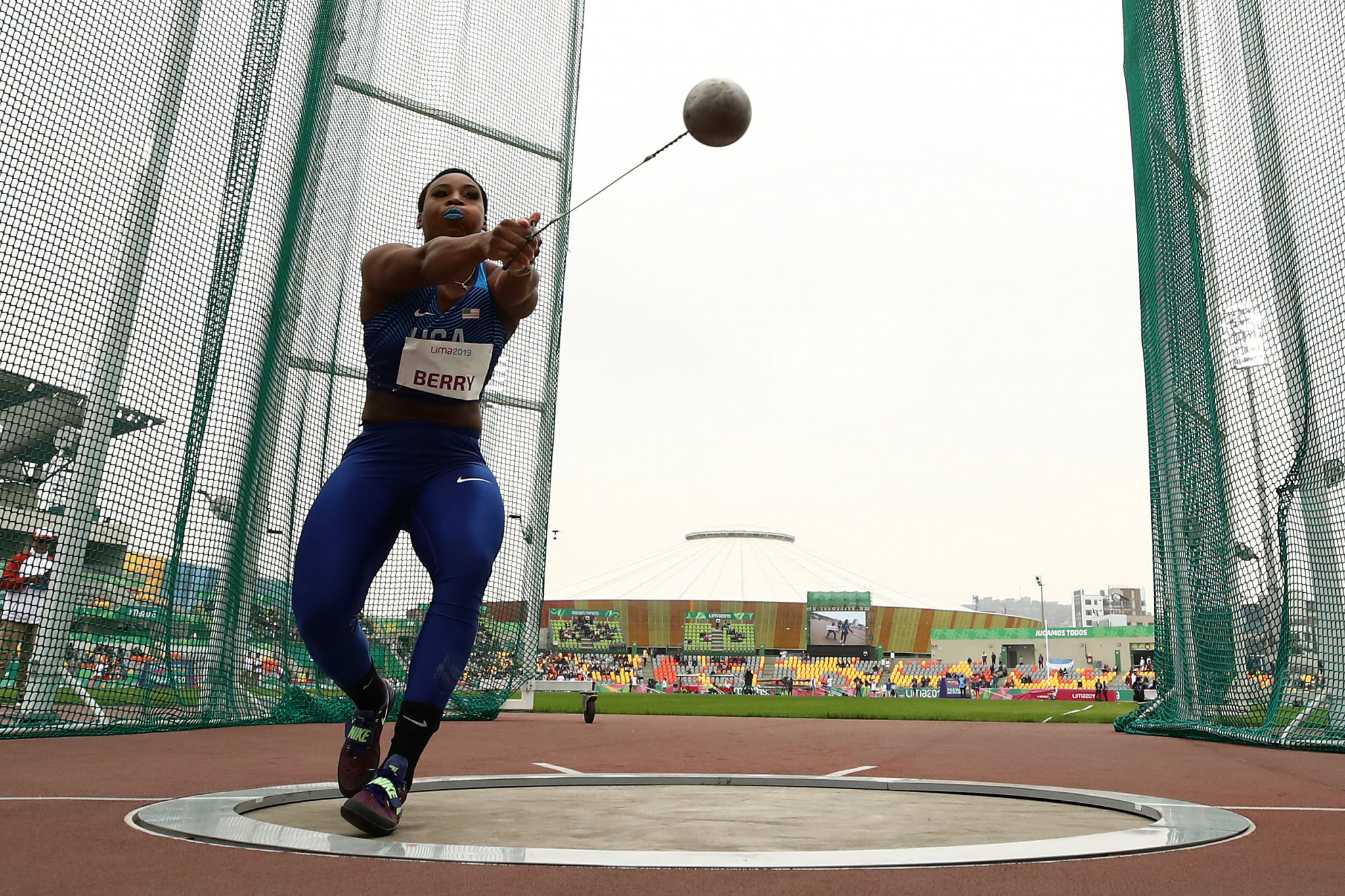 Berry staged her protest after leading the United States’ to a one-two in the hammer throw, with the 30-year-old achieving a distance of 74.62 metres.

Her team-mate Brooke Andersen followed on 71.07m to take silver, with bronze is earned by Venezuela's Rosa Rodríguez on 69.48m.

Berry was seen raising her right fist at the conclusion of her medal ceremony, with the protest coming less than 24 hours after American fencer Race Imboden took the knee after receiving his gold medal.

Berry’s act mirrored the act of Olympic sprinters Tommie Smith and John Carlos at the Mexico 1968 Olympic Games, where the duo won gold and bronze medals in the 200 metre race.

The act was a civil rights protest against racial discrimination.

"Somebody has to talk about the things that are too uncomfortable to talk about,” Berry told USA Today Sports.

“Somebody has to stand for all of the injustices that are going on in America and a president who’s making it worse.

"It’s too important to not say something.

"Something has to be said.

London 2012 Olympic champion and Rio 2016 bronze medallist Walcott achieved a best throw of 83.55m, but was left settling for silver.

It followed Peters achieving a distance of 87.31m, which bettered the previous Games record of 87.20m set by Cuba’s Guillermo Martinez at Guadalajara 2011.

Bronze was awarded to Albert Reynolds after a personal best 82.19m.

His podium finish gave Saint Lucia their most successful Games to date, with a gold and a bronze after Levern Spencer’s women’s high jump victory two days ago.

Shane Brathwaite won the men's 110 metres hurdles in a season best time of 13.31 seconds to earn Barbados their first gold of the Games and upgrades from his Toronto 2015 bronze.

Silver was earned by the United States' Freddie Crittenden III in 13.32, with Brazil's Eduardo Dos Santos, third in 13.48.

Marisa Howard of the United States wins the silver in 9:43.78, as a time of 9:44.46 earned Argentina's Belen Casetta the bronze.

Further American success came when their women's 4x400m relay team claimed victory ahead of Canada and Jamaica, while Colombia beat the United States and Trinidad and Tobago in the men's final.

Argentina’s Delfina Pignatiello would continue to prove a star of the Games as the Youth Olympic medallist won a third gold.