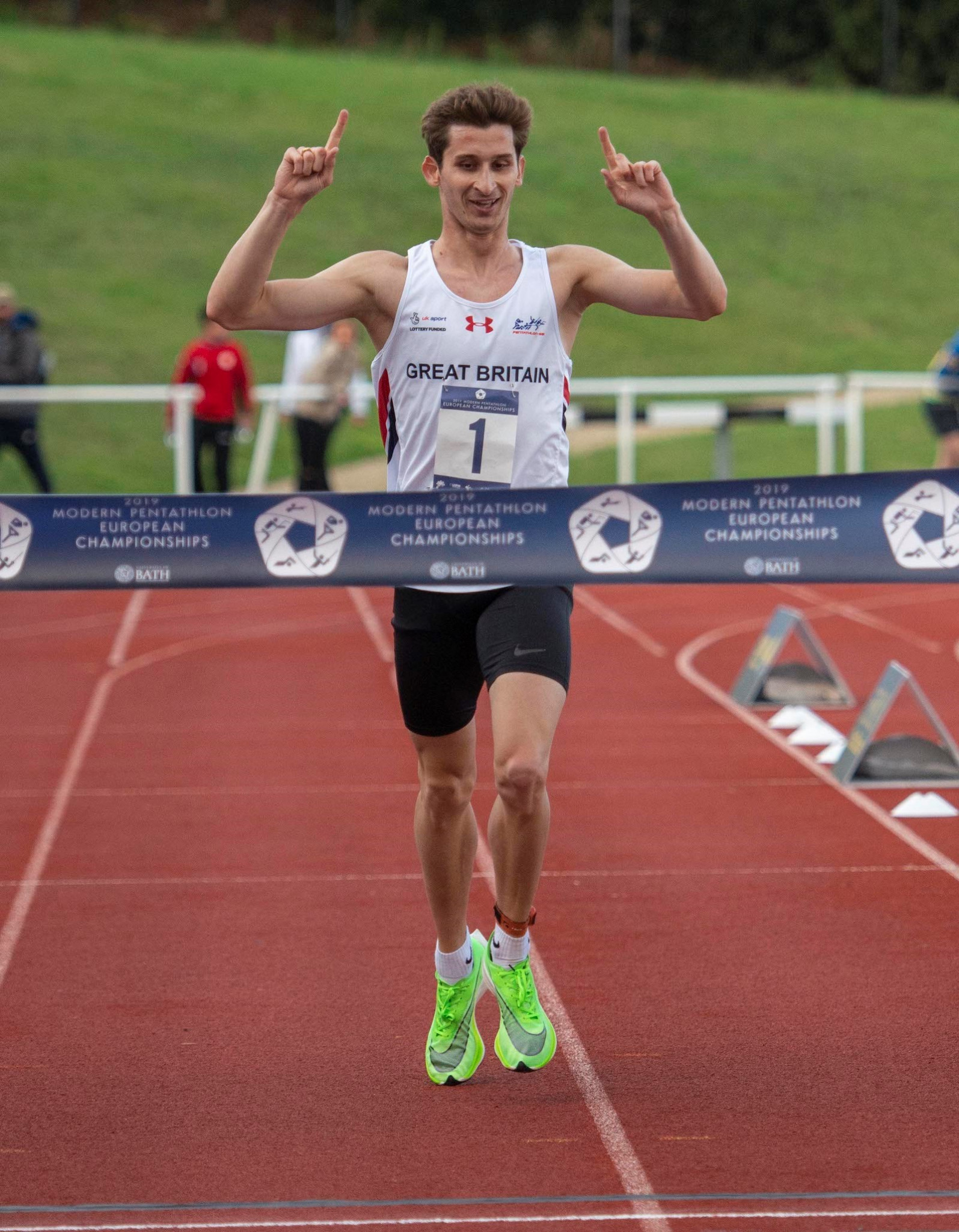 World modern pentathlon champion Jamie Cooke has added the European Championship to his collection and earned a Tokyo 2020 qualification spot for Britain after claiming victory in the men's final in Bath.

Cooke was not perturbed by the competition being delayed by high winds as he led throughout the day, holding onto a 16-second advantage into the laser-run as he eased his way to the gold medal at the University of Bath.

"It’s been pretty much a perfect day for me," he said.

"The world is slightly upside down with my score sheet today but I’m really, really pleased with it.

"The fencing for me was a bit of highlight – everything came together on the day and I kind of couldn’t lose a hit, it was almost comical at one point.

"I made it slightly difficult for myself on the second shoot but I ran well so I’m really pleased.

"It’s amazing to win here in Bath, the volunteers and everyone have been incredible."

Cooke, who was very much on home turf as he trains at the University of Bath, beat defending champion Valentin Prades of France, who moved into second with a strong showing in the laser-run, as he also guaranteed himself a spot at next summer's Olympics.

"Jamie was so strong today and was too far from me but I will get my revenge at the World Championships next month," Prades said.

"The principle objective of today was to get my Olympic ticket so I am very happy."

Czech Republic’s Martin Vlach won the bronze medal after surging from 11th place ahead of the final event - booking his country a Tokyo 2020 place in the process - nudging Britain's Joe Choong out of the medals.

Choong, who has already secured his place at Tokyo 2020 by winning the International Modern Pentathlon Union World Cup final in Japan, was second behind Cooke going into the laser-run but ultimately finished fourth to miss out on a home medal.

"To be honest I’ve not felt 100 per cent today so to come away with fourth is amazing," he said.

"At the beginning of the season I would have been delighted with fourth on my best day so to have a bad day and come fourth is pretty good."

The Championships are due to conclude tomorrow with the women’s final, where again eight Olympic qualification places will be up for grabs.