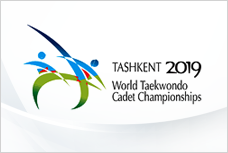 Iran increased their gold medal tally to five after two more of their athletes triumphed at the World Cadet Taekwondo Championships in Tashkent.

Rounding out the women’s under-55kg podium were Vitaliya Lazuta of Belarus and Chinese Taipei's Yao Pei-Yu.

There was also disappointment for Iran today, however, with Amirhossein Norouzi and Setayesh Ghahremani Mahid suffering losses in the finals of the men's under-41kg and women's under-59kg categories, respectively.

Norouzi lost 31-11 against Uzbekistan's Zafarbek Karimov, while Ghahremani Mahid fell to a 14-13 defeat at the hands of American Ava Lee.