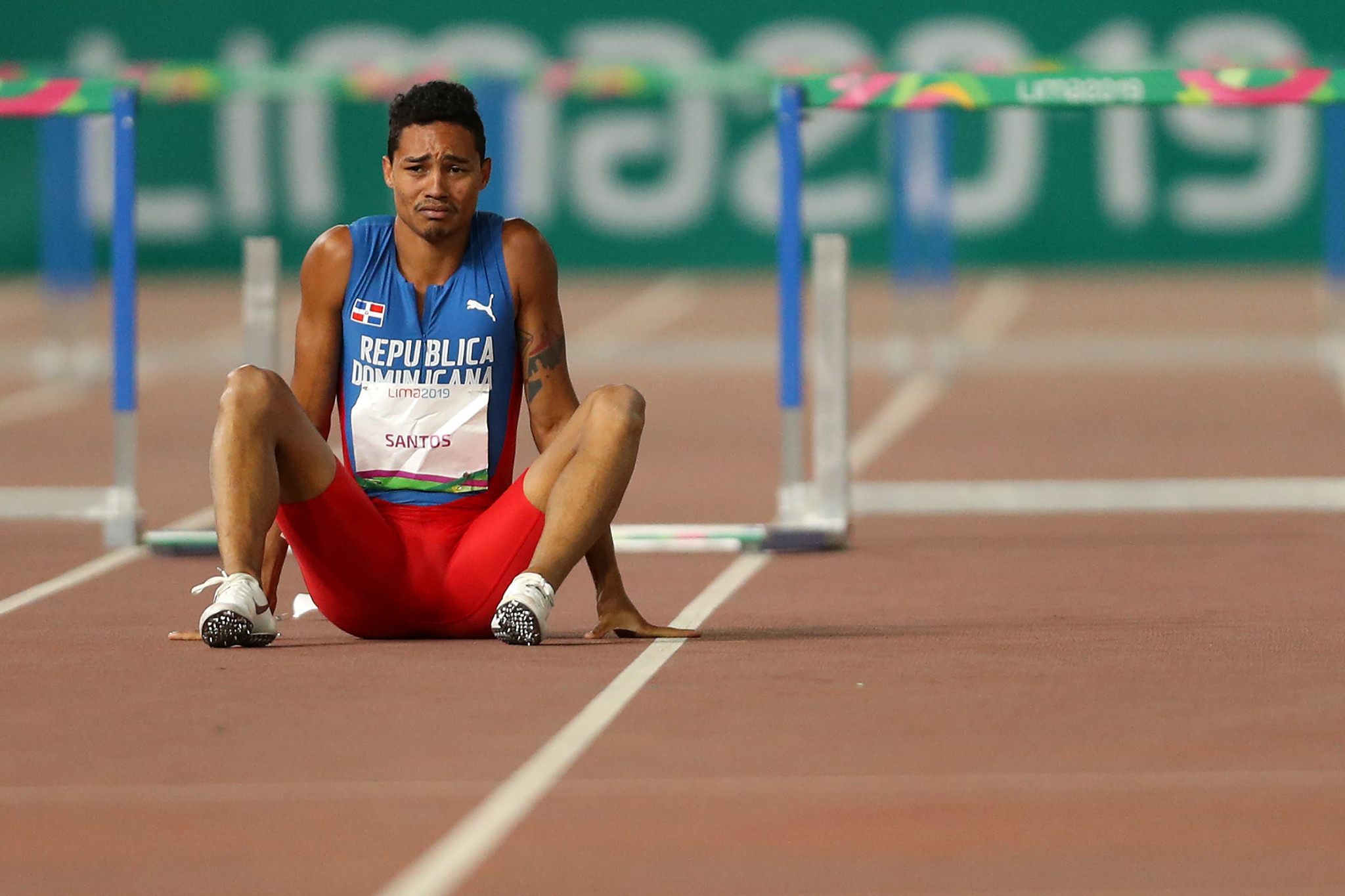 Drama was centred around the 400 metres hurdles at the Pan American Games today as Canada's Sage Watson was disqualified then reinstated as the women's champion, while Juander Santos saw his gold medal chances evaporate on the final hurdle.

The women's 400m hurdles final had at first appeared a clear result, with Watson holding off the United States' Anna Cockrell in the closing stages to take victory in a season best 55.16 seconds.

Shortly after the race Watson was listed as having been disqualified, amid claims of a lane infringement, with Cockrell named as the winner in a time of 55.50.

A protest was then lodged against the revised result.

This led to Watson being restored as the winner, giving her a first gold medal at senior level for Canada after fourth and fifth place finishes at the 2018 Commonwealth Games and 2017 World Championships respectively.

Cockrell and Clayton would move back to silver and bronze medal positions, with

is the runner-up in 55.53, with Hechavarría missing out on the podium in fourth.

While there was relief for Watson, the Dominican Republic's Santos would not have similar fortune in the men's 400m hurdles final.

The 24-year-old, who is the younger brother of Olympic silver medalist Luguelín Santos, appeared on course for gold when he entered the final 100m with a clear advantage.

Brazil’s Alison Dos Santos began to close the gap to Santos, the man he succeeded as Summer Universiade champion last month in Naples.

Under pressure, Santos connected heavily with his foot on the final hurdle and was sent sprawling across the track.

The incident ended his chances of victory and collecting the gold medal from his compatriot and two-time Olympic champion Felix Sanchez.

Sanchez would instead present the gold to Dos Santos, who came through to win in a personal best 48.45.

The United States’ Amere Lattin and Jamacia’s Kemar rounding off the podium in 48.98 and 49.09 respectively.

Santos was left sitting on the track in tears in the aftermath.

He eventually rose to his feet and walks across the line in 2:09.37.

Andrea Vargas won just Costa Rica's sixth gold at the Pan American Games as she won women’s 100m hurdles in a time of 12.82.

United States’ Chanel Brissett is the runner-up in 12.99, with Jamaica’s Megan Simmonds third in 13.01.

Olympic bronze medallist Shericka Jackson triumphed in the women's 400m event with the Jamaican finishing in 50.73.

Mexico's Paola Moran followed in 51.02 to win silver, with the United States' Courtney Okolo completing the podium in 51.22.

The men's race was won by Colombia's Anthony Zambrano in a time of 44.83, while Jamaica's Demish Gaye and United States' Justin Robinson won the minor medals in 44.94 and 45.07.

One failure at 1.87m proves costly for Antigua and Barbuda’s Priscilla Frederick as she is forced to settle for the silver medal for the second successive Pan American Games.

Spencer has been responsible for three of Saint Lucia's four Pan American Games medals in history, having won two high jump gold and a bronze.

Jamaica’s Kimberly Williamson won the bronze by achieving a height of 1.84m.

Chile celebrated a one-two in the men’s hammer throw event with Gabriel Kehr's throw of 74.98m proving enough to take the tile.