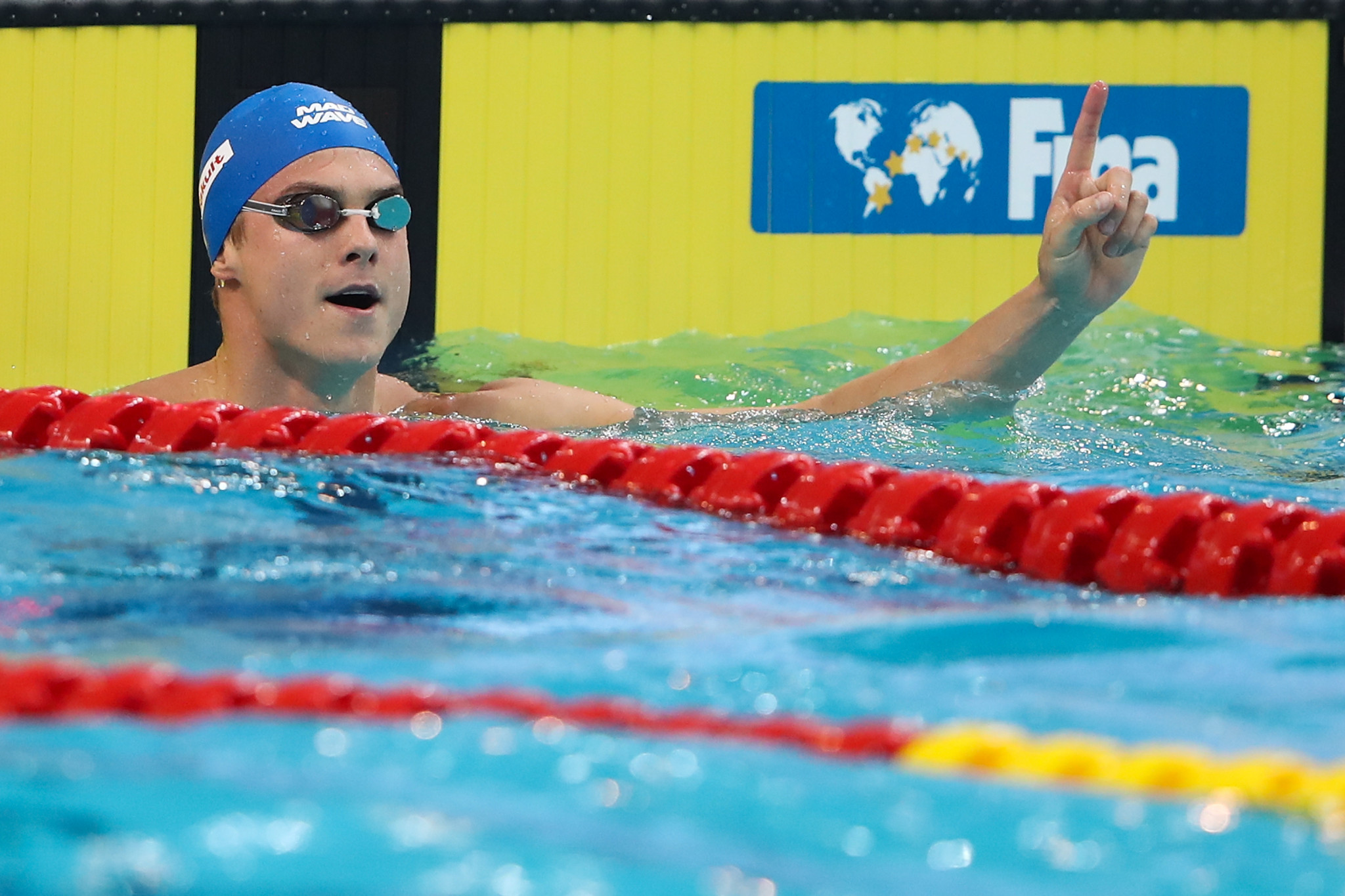 Vladimir Morozov maintained his fine form by winning the 50 metres freestyle on day one of the Swimming World Cup in Jinan.

The Russian headed into the second leg of the season in China at the top of the men's standings and is bidding to defend the overall World Cup title.

He clocked 21.50sec at the Natatorium of the Jinan Olympic Sport Centre to back-up his performances at the opening leg of the season in Tokyo.

"It was good, very close to my World Cup record [of 21.49]," Morozov, who is aiming for a third overall World Cup title, said.

"It's a good start and a good swim.

"Maybe the last five metres could have been better, so there is something to work out."

She timed in at 2min 7.26sec as she aims to win the World Cup for the sixth time and for the first time since 2016.

"After the World Championships we don't have time to make adjustment, so I just carried through," she said.

"The World Cup is more relaxed than the World Championships.

"I think it is a fun way to just enjoy swimming for what it is and not what you have to do.

"You choose your events and see what you can do.

"We have more time to spend with other swimmers, we travelled together and we had days off to walk around the city, it's really fun."

Another Hungarian in Zsuzsanna Jakabos won silver in 2:07.75 as China's Yufei Zhang took bronze in 2:08.89.

There was home success for China in the women's 50m backstroke as Liu Xiang set a new World Cup record of 27.35 to win gold.

Andrew Wilson of the US and China's Wang Lizhuo shared silver after both stopped the watches at 59.56.

Erica Sullivan of the US battled back from behind to win the women's 400m freestyle in a time of 4:08.70.

Lithuania's Danas Rapsys broke his own World Cup record to win the men's 400m freestyle in 3:43.91, eclipsing the mark he set in Tokyo.

Szebasztian Szabo was another Hungarian victor as he won the men's 100m butterfly in 51.45.

Russia's Vitalina Simonova got the better of China's Yu Jingyao to win the women's 200m breaststroke, timing in at 2:24.52.

Australia's Holly Barratt timed in at 24.91 for the bronze medal.

The second of three days of action in Jinan will take place tomorrow.