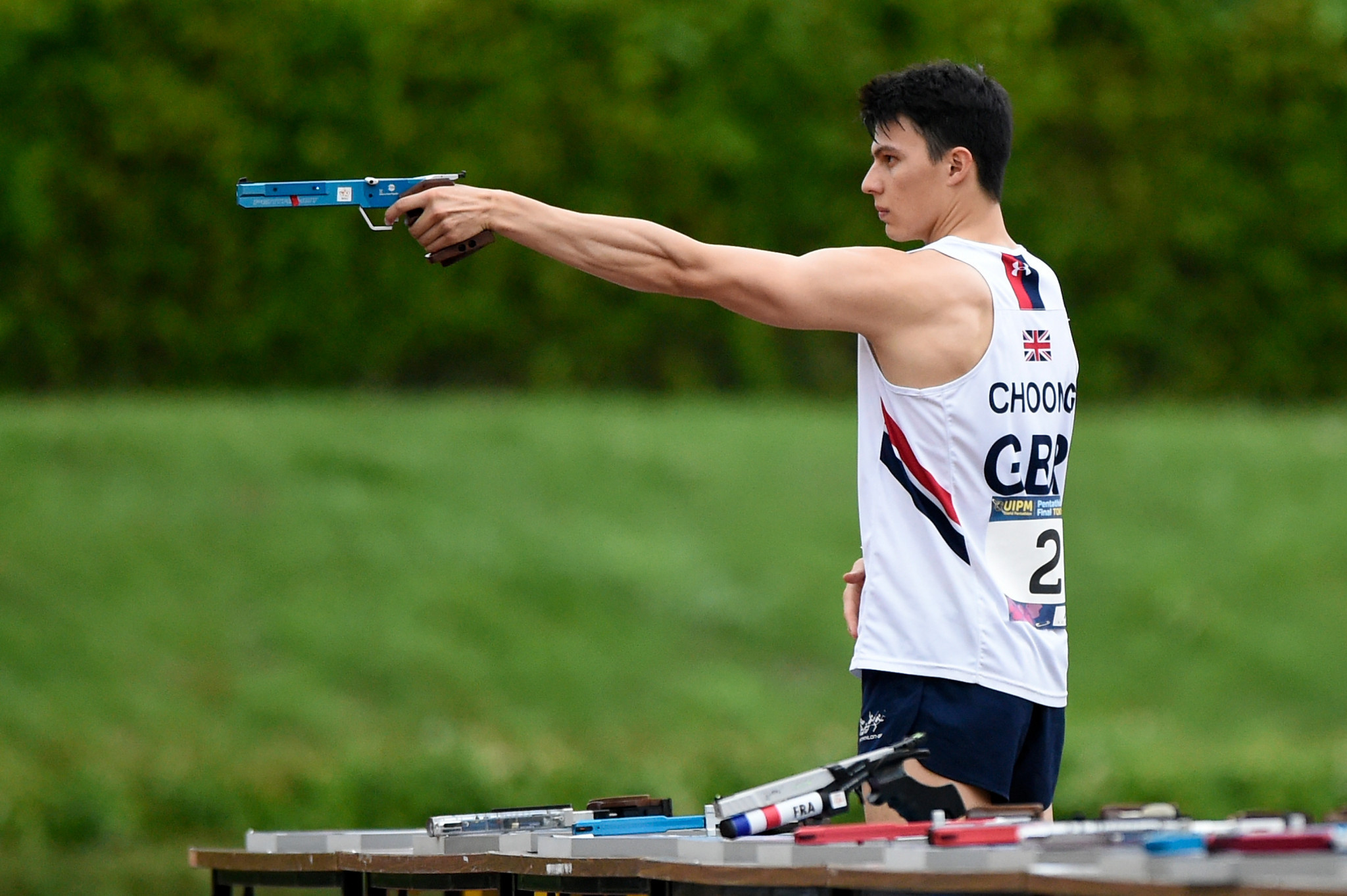 British duo James Cooke and Joe Choong look in good shape to challenge for home gold in the European Modern Pentathlon Championships after impressing in men's qualifying today in Bath.

The preliminary rounds were held for the men's individual competition today at the University of Bath, with the final to take place on Saturday (August 10).

Competitors took part in four of the five disciplines - fencing, swimming, shooting and running - in order to reach the final, where riding is added to the contest.

The 62 competitors were split into two groups, with the best 36 athletes going through to the weekend's medal final.

Cooke topped qualification Group B, with Choong - already guaranteed a spot at next yea's Olympic Games in Tokyo by winning the International Modern Pentathlon Union World Cup final in Japan - was second.

Their team-mates, Tom Toolis and Sam Curry, also successfully made it into the top 36.

In qualification Group A, Germany's Marvin Faly Dogue topped the standings, ahead of Arthur Lanigan-O'Keefe of Ireland and Ukraine's Pavlo Tymoshchenko.

Reigning European champion Valentin Prades is also through, the Frenchman eighth in Group A,.

The 2018 silver medallist Ádám Marosi of Hungary also qualified for the final.

With Tokyo 2020 qualification places up for grabs in Bath, competition is likely to be fierce on Saturday as pentathletes aim for a spot on the podium.

Tomorrow is due to see the women's individual qualification event, with the final set to be final event of the Championships on Sunday (August 11).