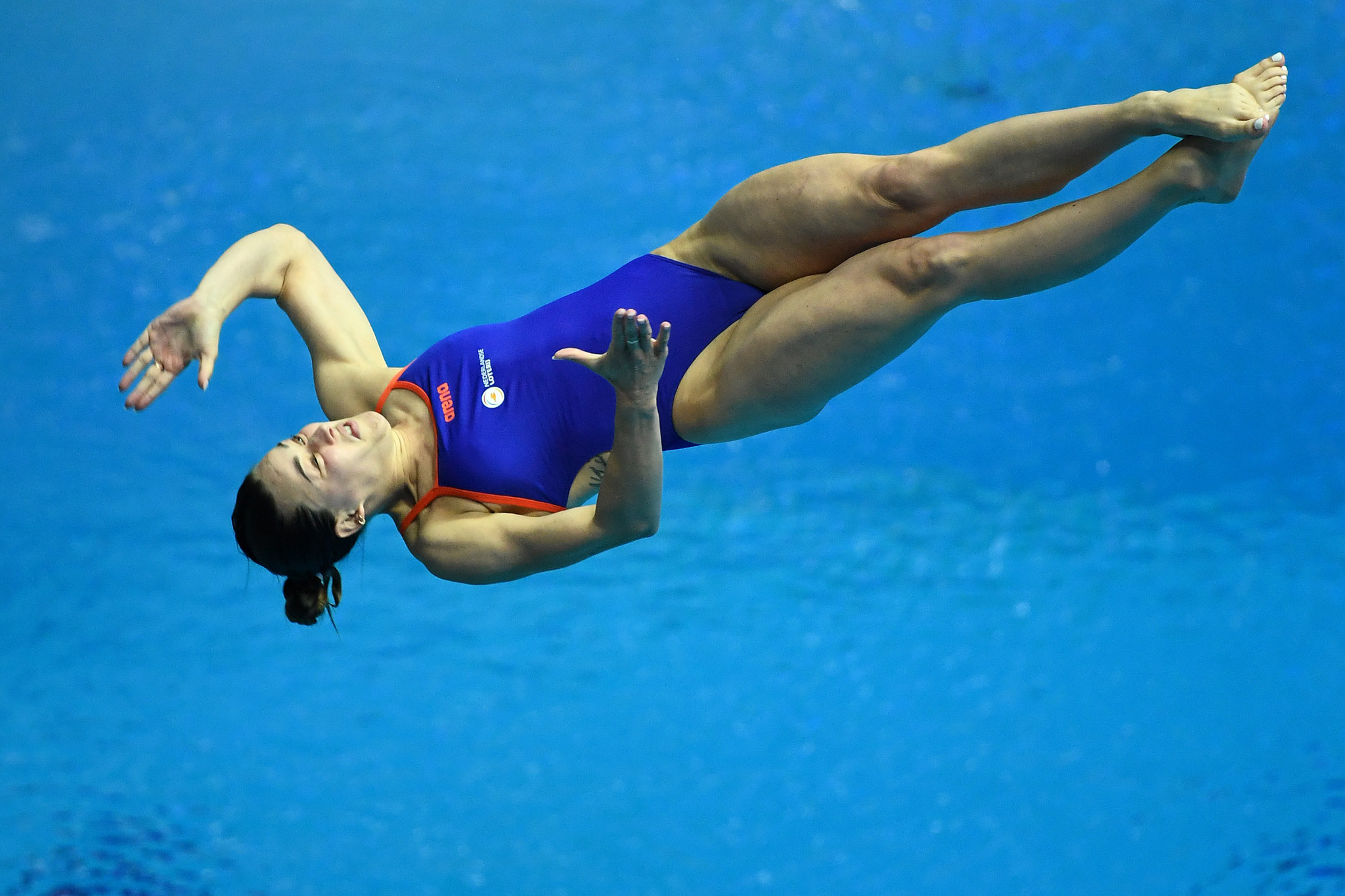 The Netherlands have received a quota place for the women's 3 metre springboard event at Tokyo 2020 after Inge Jansen claimed victory at the European Diving Championships in Kiev.

The 25-year-old claimed her first ever major championship medal with victory in Ukraine, scoring 293.85 points to claim gold at the Liko Sports Centre.

Quota places are awarded to the winners of the individual 3m and 10m events, providing an added bonus for the Dutch diver.

Jansen beat Russia's Kristina Ilinykh by a narrow margin, with just 1.25 points separating the pair at the top of the leaderboard.

Tina Punzel of Germany was third, matching her performance from the 2018 European Championships in Glasgow, scoring 290.15 points as the top three finished well ahead of the rest in the 12-person final.

Earlier, Russia earned their first gold medal of these Championships in the men's synchronised platform final.

Aleksandr Belevtsev and Nikita Shleikher took the victory with a score of 417.30 points.

It is a second European Championships gold for Shleikher after he won the mixed 10m synchronised alongside Yulia Timoshinina in Glasgow.

Sereda, who is just 13-years-old, caught the world's attention when finishing fourth in the men's 10 metre platform final at the World Aquatics Championships in Gwangju and earns a silver medal to further enhance his standing in the sport.

The bronze medal went to the British pair of Matthew Dixon and Noah Williams, who scored 412.56 points as the top three were separated by less than five points.

Competition in Kiev is due to continue tomorrow with the men's 3m springboard - with a Tokyo 2020 quota place again up for grabs - and the mixed synchro competition.