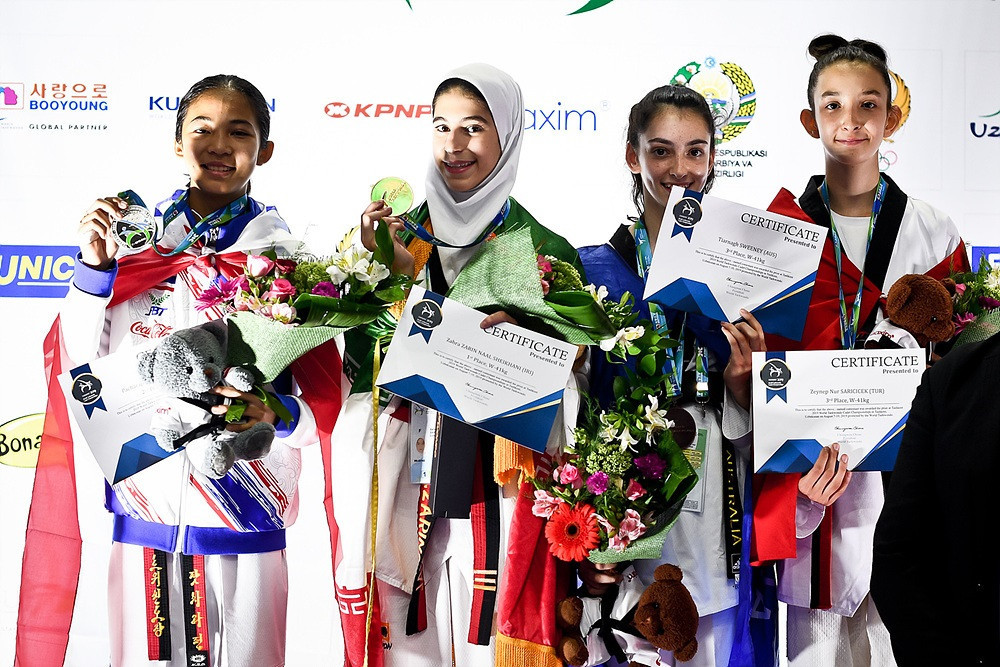 Iran secured two gold medals on a productive day for the country at the World Cadet Taekwondo Championships at Universal Sports Palace in Uzbekistan’s capital Tashkent.

Among today's winners in men's competition was Ukraine's Maksym Manenkov, who overcame South Korea’s Park Minkyu 48-27 in the under-33kg final.

Completing today’s list of victors was Russia's Ramazan Ramazanov after he defeated Bulgaria's Denis Dimitrov 34-14 in the men’s under-53kg final.

Joining the two players on the podium were Azerbaijan's Nizami Hajiyev and Iran’s Amirhossein Mataji Nimvar.