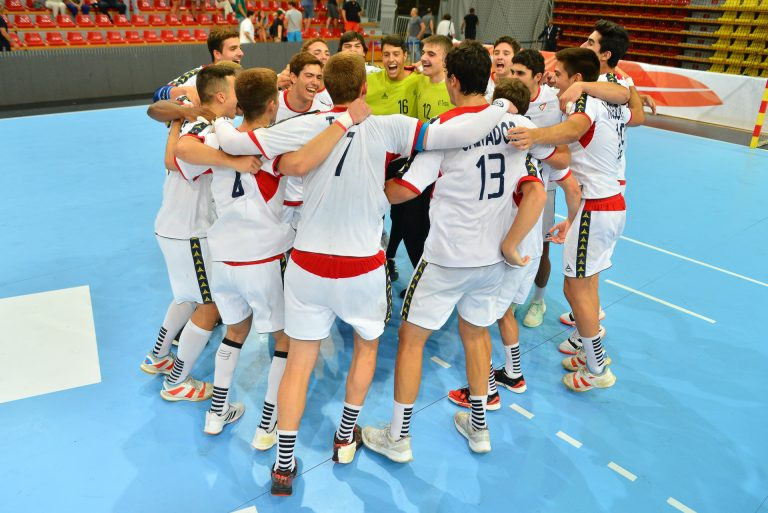 Surprise package Portugal made it two victories from two at the Men's Youth World Handball Championship after a last-gasp 22-21 success over Serbia in Skopje.

Martin Costa scored the winning goal in the final seconds as his side superbly recovered from being 8-1 down in the first half.

The Portuguese are only competing in North Macedonia as a "substitute nation" as they did not earn a place through European qualifying.

They were added to the tournament as no Oceania teams are competing and also shocked Germany 33-26 on day one in Group D yesterday.

In today's game at the Boris Trajkovski Sports Center they battled back to trail 11-7 at half-time before clicking through the gears after the break.

"We started the match very bad but didn't give up, we were fighting until the end and we deserve to win," said Costa.

"In the locker room the coach gave us the mentality to win and kept pushing us to fight, to be better and not give up.

"And at the end that was the key to our win."

Only Groups B and D resumed for their second matches today after all of the groups saw action yesterday.

Iceland also made it two wins in Group D as they beat South and Central American youth champions Brazil 30-26 to back-up their day one victory over Tunisia.

Germany recovered from their Portugal setback by beating the Tunisians 36-15.

It means Brazil, who lost to Serbia yesterday, and Tunisia are yet to get off the mark.

In Group B at the Jane Sandanski Arena, defending champions France saw off African youth winners Egypt 28-24 to win their second match in as many days and remain on course for a third straight title.

Egypt had stunned European under-18 champions Sweden yesterday but found the French too strong.

Hungary backed up their day one win over Chinese Taipei by easing past tournament new boys Canada 41-13.

It meant a second defeat for the Canadians who lost to France on day one.

The Taiwanese also lost for a second time as Sweden bounced back with a 48-18 victory.

The event is for under-19 players with 24 countries gathered in North Macedonia in all.

Groups A and D will play their second matches tomorrow.

The top four teams in each group will reach the last 16, with the final at the International Handball Federation event on August 18.