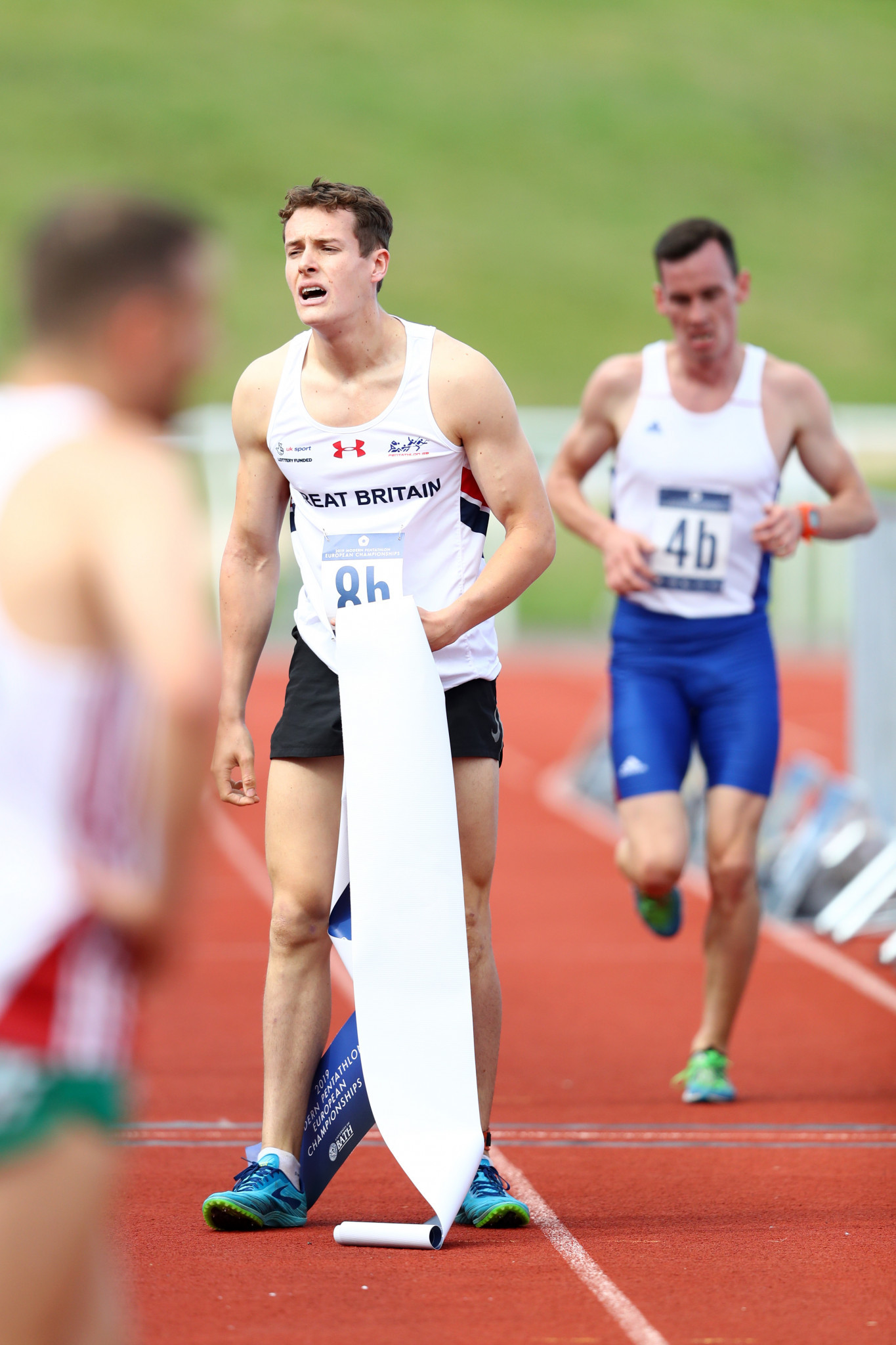 Hosts Britain have won their second gold medal of the European Modern Pentathlon Championships with victory in the men's relay in Bath, however they have missed out on the medals in the women's event despite taking an early lead.

The British men's duo of Myles Pillage and Oliver Murray won the swimming and laser-run events at the University of Bath and came second in the riding to make up for a disappointing start in the fencing, where they were ranked ninth of the 11 competing nations.

In an incredibly tight competition, Britain won by just four points from runners-up Vladyslav Rydvanski and Andriy Fedechko of Ukraine, by 1,493 points to 1,489, with Hungary's Istvan Malits and Richard Bereczki third on 1,484.

For Pillage, it is his second gold medal of the competition after triumphing alongside Kerenza Bryson in the mixed relay yesterday.

Belarus duo Kirill Kasyanik and Pavel Tsikhanau won the fencing and led at the halfway stage before coming to eighth in the riding and ninth in the laser-run to fall to eighth in the final standings.

A similar fate befell the British women's pairing of Charlie Follett and Zoe Davidson, who were 12 points clear at the halfway stage after winning both the fencing and swimming.

They came last in the riding, however, and fourth in the laser-run to fall outside of the top three.

Ekaterina Khuraskina and Anastasia Petrova of Russia won the gold medal, despite coming fourth in both fencing and swimming as they won the riding and came second in the laser-run.

Their total of 1,374 points was eight points clear of Italy's Irene Prampolini and Beatrice Mercuri in silver, while Kamila Reti and Luca Barta of Hungary took bronze with 1,363.

Competition is due to continue tomorrow with the men's individual qualification event.