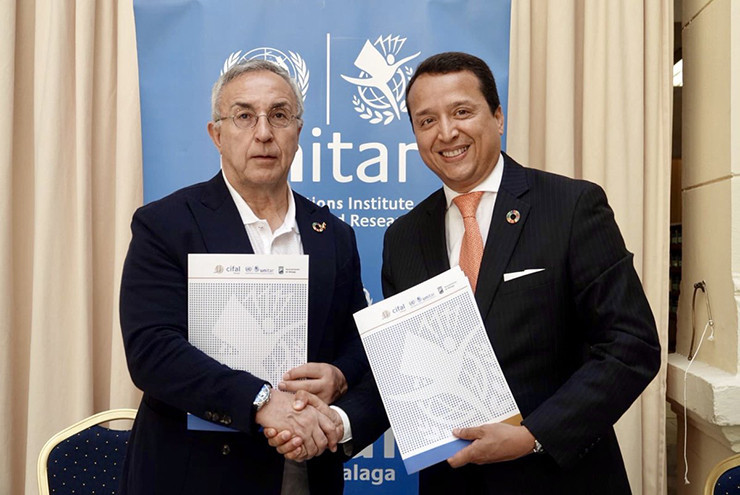 The Spanish Olympic Committee (COE) has signed a memorandum of understanding with the United Nations Institute for Vocational Training and Research.

COE President Alejandro Blanco represented the national body while director Alex Mejía attended the signing on behalf of the UN.

Under the deal, which will run for three years, a framework for cooperation will be set-up to allow both parties the chance to develop and implement various activities.

Efforts will particularly focus on the UN's 2030 Agenda and Sustainable Development Goals, which have targeted areas such as hunger, poverty, gender equality and climate.

One campaign will see the COE promote citizen awareness campaigns which encourage the use of biodegradable and sustainable products.

The governing body has been a member of the Spanish Network of the UN Global Compact since 2017 and is a member of the Sustainability Task Force of the International Olympic Committee, alongside 14 other countries.

The COE also follows the strategies of the Office against Climate Change of the Ministry of Ecological Transition.