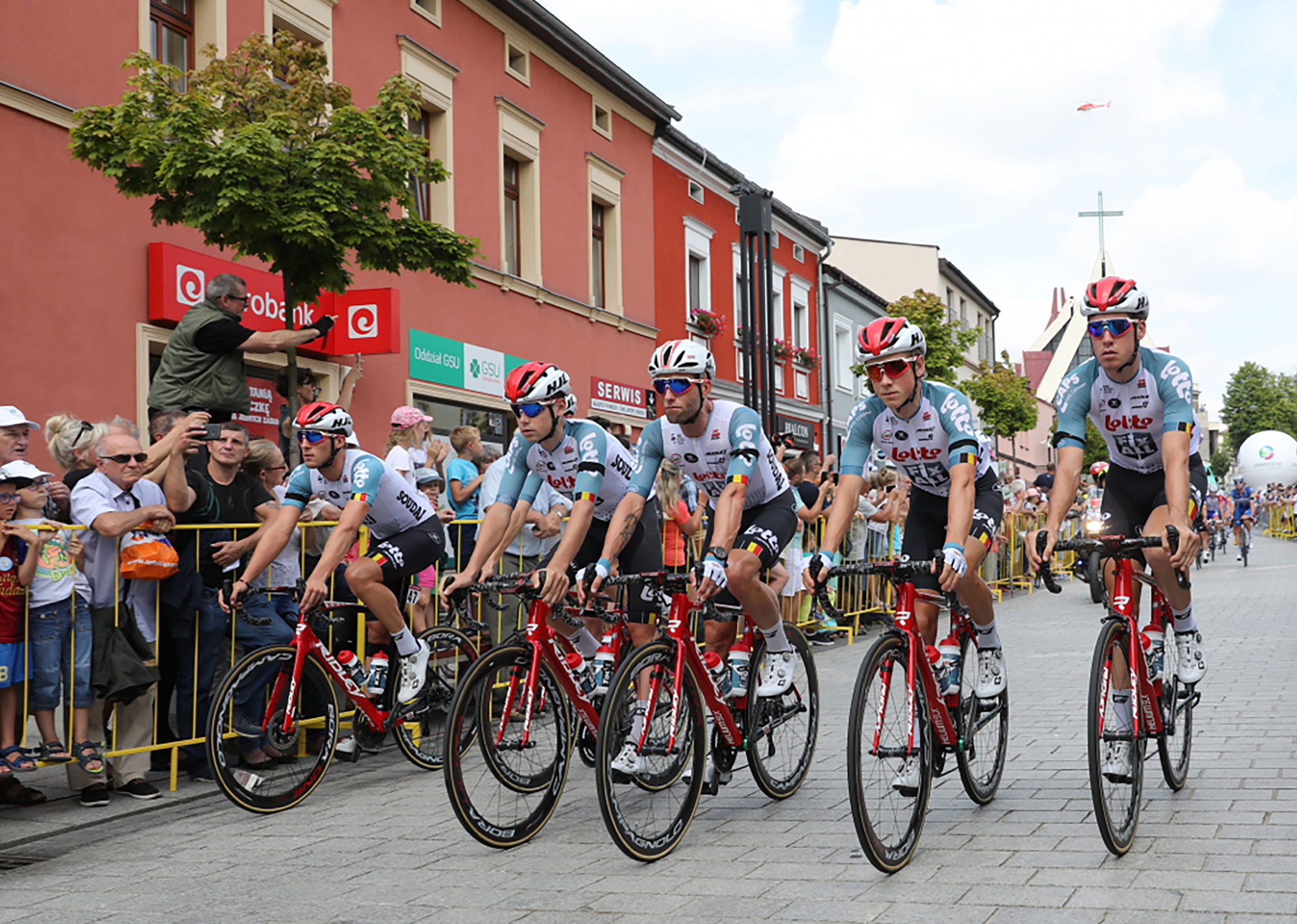 Stage four of the Tour de Pologne was neutralised for the entire distance and shortened following the death of 22-year-old Belgian cyclist Bjorg Lambrecht yesterday.

The Lotto-Soudal rider died in hospital following a crash around 60 miles from the end of the 150.5 kilometres-long stage three from Stadion Śląski in Chorzów to Zabrze in Poland.

Organisers of the International Cycling Union (UCI) WorldTour race chose to reduce today’s 173km stage from Jaworzno to Śląskie, Kocierz to 133.7km and the peloton rode at the controlled speed of 30 to 35km per hour.

All the intermediate sprints, points and bonuses were cancelled.

At the start, the riders went to the podium to sign in, but there were no team presentations.

Everyone observed a minute of silence before the start, with Lotto-Soudal's six riders in the front row.

The entire group stopped again at the distance the crash took place to observe a minute's silence.

Each team rode in front of the peloton for approximately 7km.

Another minute's silence was then observed before the peloton crossed the finish line to the applause of the attending public.

"It was touching to see how the public behaved along the route as they followed the race in a sombre mood that shared in the sadness of the event," a statement on the Tour de Pologne website read.

"There were also lots of banners made by fans to commemorate Bjorg Lambrecht and his race number, 143."

There were no standings and no classifications today.

The race will restart tomorrow with the 154km fifth stage from Kopalnia soli "Wieliczka" to Bielsko Biała, picking up from the classifications recorded at the end of the third stage.

"The organisation would like to thank all the members of the greater cycling family who have shared in the grief of team Lotto-Soudal and the Tour de Pologne – UCI World Tour," race director Czesław Lang said.

"Their support and condolences in such a difficult time of mourning have demonstrated a moving sense of unity and compassion.

"We thank the UCI, the UEC (European Cycling Union), the AIOCC (International Association of Cycling Race Organisers), the CPA (Cycliste Professionnels Associés), the teams and all the other associations, as well as everyone who has been coming to show their support.

"We also thank the sponsors, our partners and the departure and arrival host cities, as well as all the places touched by today’s route, who honoured the memory of Bjorg Lambrecht."

Lambrecht was competing in his second season at UCI WorldTour level.

He was the men's under-23 silver medallist at last year's UCI Road World Championships in Innsbruck in Austria and finished 12th at this year's Critérium du Dauphiné, where he topped the young rider classification standings.