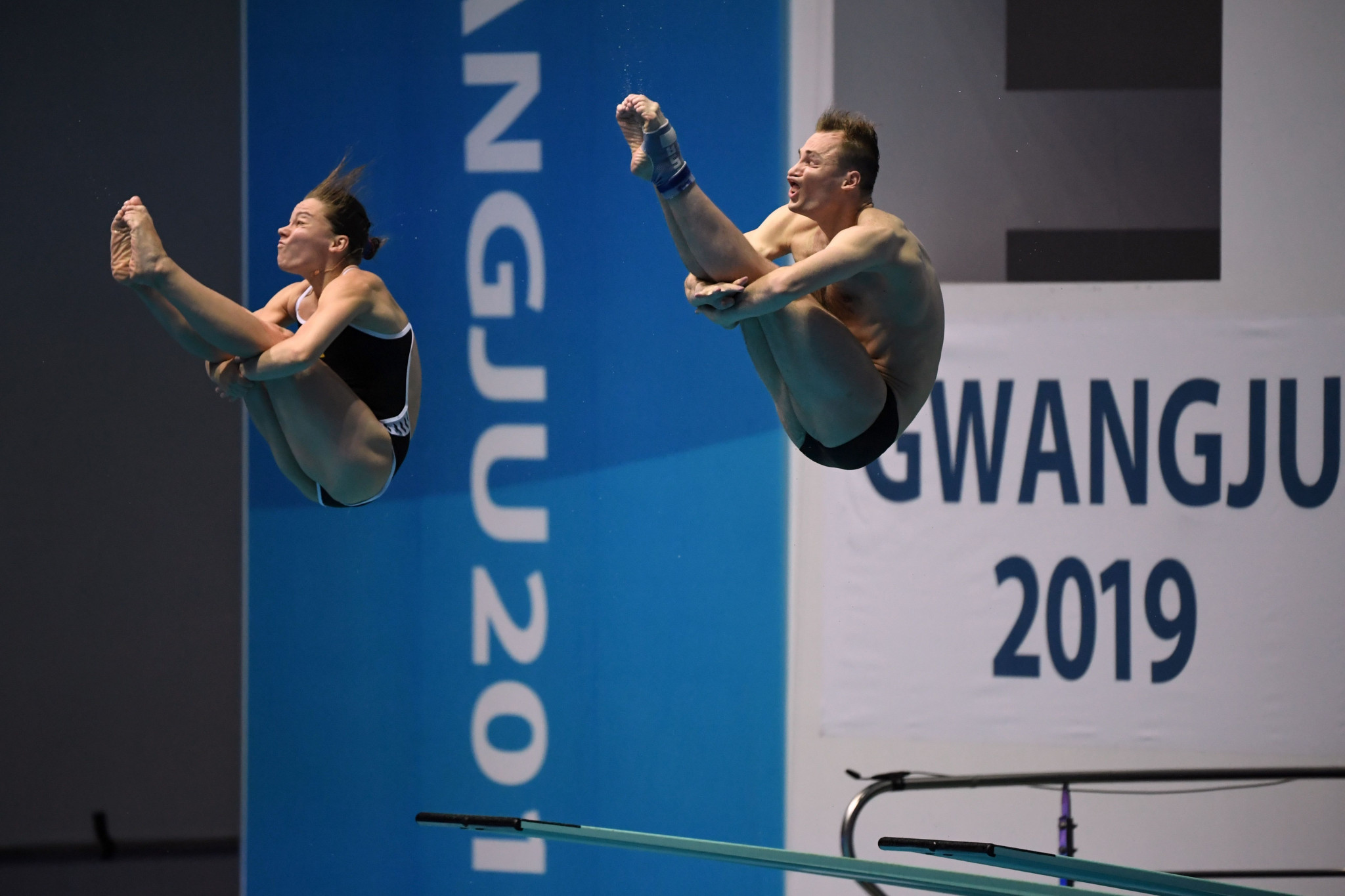 Hosts Ukraine won both gold medals available on the second day of the European Diving Championships in Kiev.

The duo, who claimed European Championships silver in the event in 2017, upgraded to gold with a score of 297.69.

It was a much-improved performance from their appearance at the World Aquatics Championships in Gwangju, South Korea, last month, where they finished seventh.

Lou Massenberg and Tina Punzel were second on 294.09 points, adding to the gold medals they won for Germany in the team event yesterday.

The bronze medal went to Swiss pair Michelle Heimberg and Jonathan Suckow with a score on 282.00.

Celine van Duijn of the Netherlands secured the silver medal as she amassed a score of 304.50, just 0.05 points ahead of Russia's Iuliia Timoshinina, who had to settle for the bronze medal.

The competition continues tomorrow with the men's one metre springboard heats and final.