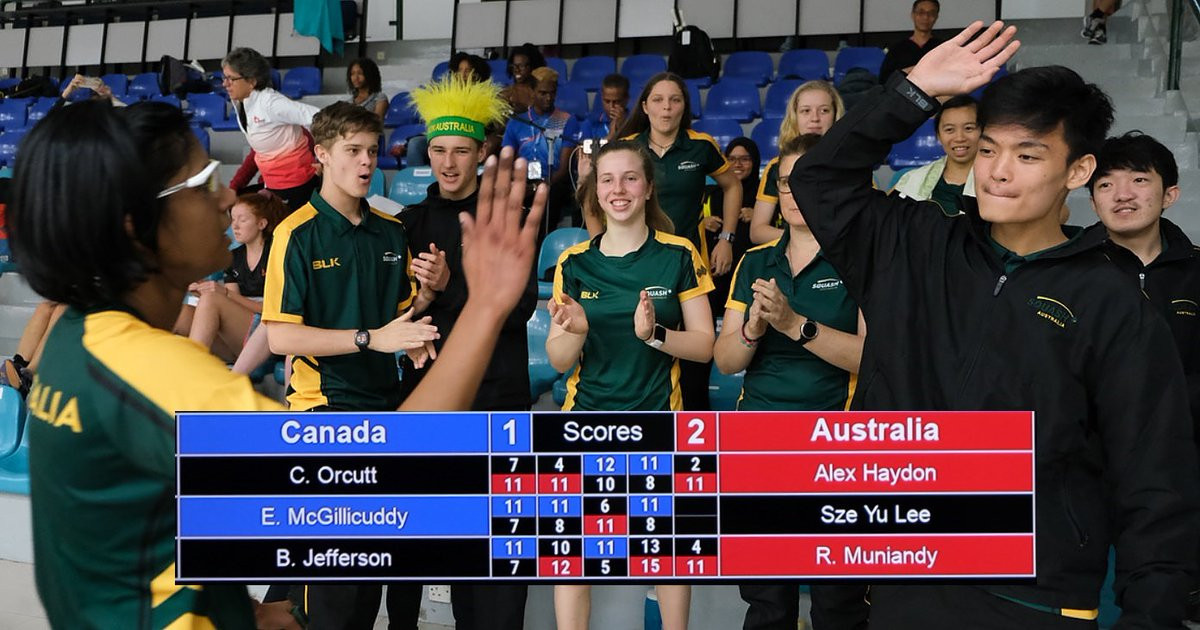 Australia claimed a surprise win over Canada as action begun in the women’s team event at the World Squash Federation Junior Championships in Kuala Lumpur.

Remashree Muniandy saved two match balls against Brianna Jefferson in the decisive fourth game before clinching the 2-1 victory for the 10th-seeded Aussies against their seventh-seeded opponents.

Today’s other match in Pool B saw second-seeded hosts Malaysia beat Japan 3-0 at the National Squash Centre in Malaysia's capital.

In Pool A, there were wins for top seeds Egypt and eighth seeds Switzerland.

Hong Kong triumphed in both their Pool C matches, firstly beating New Zealand 3-0 in the afternoon and Ireland by the same scoreline in the evening.

Chinese Taipei suffered back-to-back 3-0 defeats at the hands of India and New Zealand and find themselves bottom of the standings.

England have taken charge of Pool D with 3-0 successes over South Korea and South Africa.

The United States and South Korea occupy second and third place respectively after both overcame Sweden.