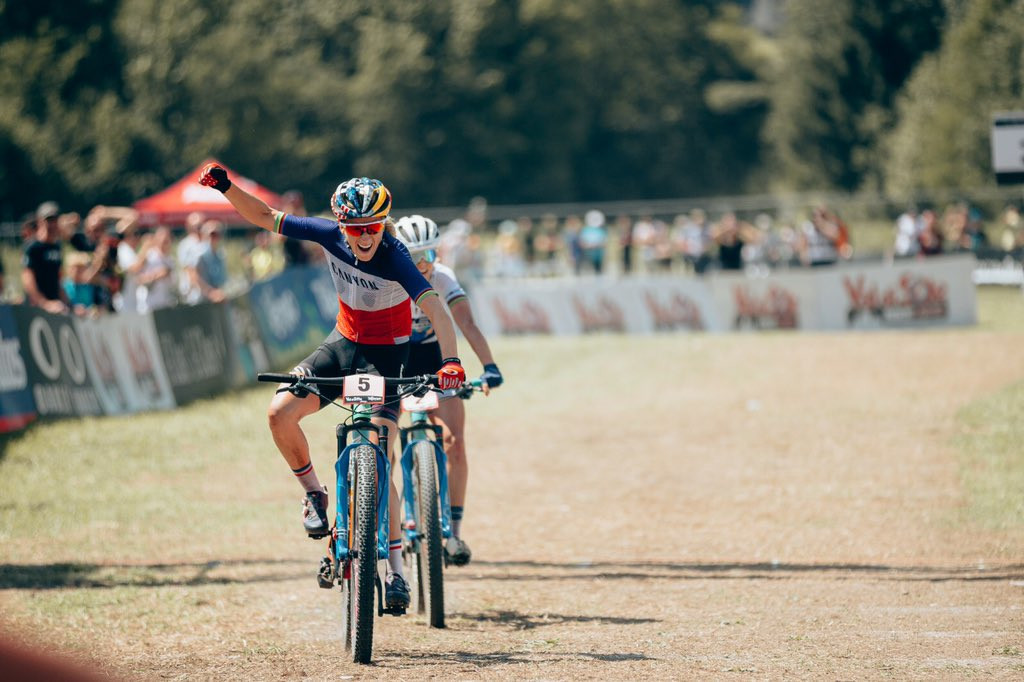 Netherlands rider Mathieu Van der Poel got the edge on his rivals to win the cross-country Olympic-distance title in the latest International Cycling Union (UCI) Mountain Bike World Cup round in Val di Sole in Italy.

Van der Poel had already secured the cross-country short course title on Friday (August 2), and he backed it up by riding clear of his main rivals in the closing stages this afternoon.

The Dutchman finished in 1 hour 20min 47sec to take the maximum 250 points on offer in the overall series, as Switzerland's Mathias Flueckiger claimed second place in 1:21:05.

Schurter continues to lead the overall standings with two World Cup rounds to go, having amassed 1,390 points, but Van Der Poel's victory saw him close the deficit to 116 points.

He sits in second place overall on 1,274 points, with Brazilian Henrique Avancini in third on 1,165 points.

Here’s how the #MBWorldCup overall standings look with two rounds to go.
🔴⚪️
Schurter holds onto the jersey, and with van der Poel set to miss Snowshoe, it’s looking good for the World Champ. pic.twitter.com/GOyjF13jYo

The women's cross-country World Cup was won by France's Pauline Ferrand-Prevot by one second as she held off a last-ditch attack from Switzerland's Jolanda Neff.

Neff led entering the final lap in Val di Sole but Ferrand-Prevot overtook her in the closing stages and outsprinted her rival for gold.

Ferrand-Prevot secured a first World Cup victory in four years as she clocked 1:21:59, with Neff finishing in 1:22:00 for silver.

The overall standings are still led by Kate Courtney from the United States on 1,926 points.

Courtney could only manage 17th in Val di Sole and Neff profited by closing the gap to 84 points on 1,842 points.

Dutch rider Anna Terpstra is the best of the rest on 1,463 points.