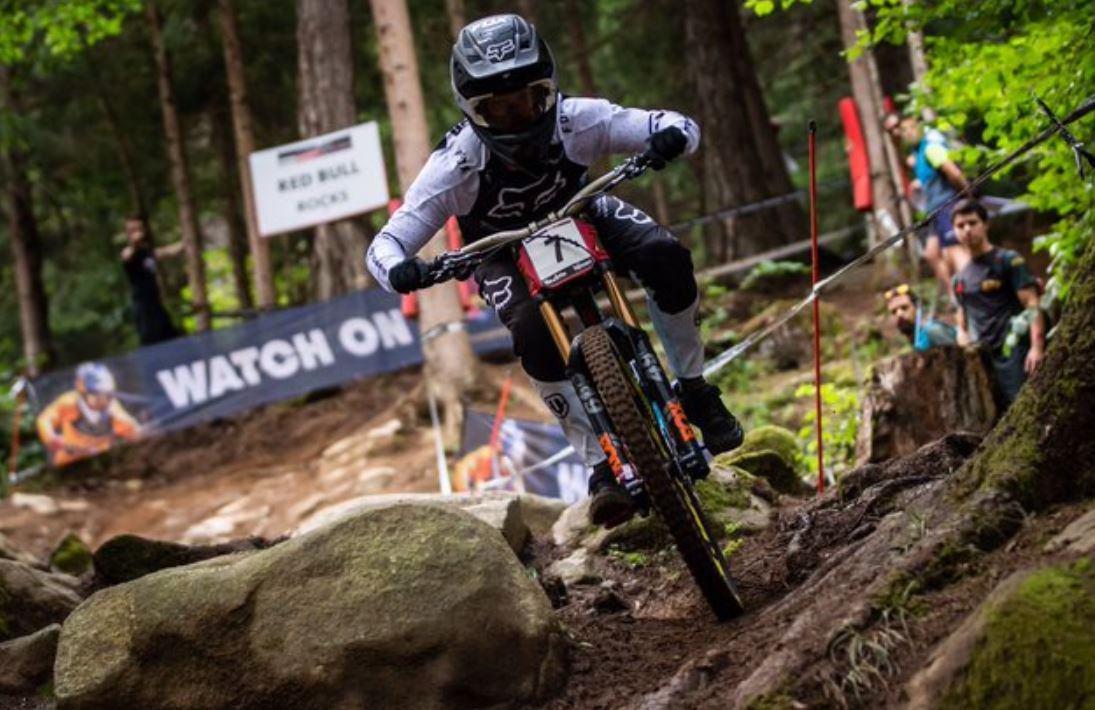 It had been Greenland's British compatriot Joe Breeden who led the field after yesterday's qualification round but a stunning effort from the MS Mondraker Team rider put him in the box seat and none of his rivals could replicate his run as he crossed the line in 3min 37.819 sec for glory.

Three-times UCI World Championships winner Loic Bruni of France was tipped to top the podium ahead of the eighth World Cup meet of the series, but he could only manage a time of 3:40.673 for second place.

The bronze medal went to Bruni's countryman Loris Vergier in 3:42.701.

"It’s what I’ve been working for my whole life," Greenland said.

"I guess it all just flowed together.

How good was that winning run from Marine Cabirou?
👌🤘

We’re excited to see what’s to come from this young gun. #MBWorldCup pic.twitter.com/owOonqNzvj

Bruni continues to lead the overall World Cup rankings courtesy of his second place, having amassed a total of 1,650 points.

Australia's Troy Brosnan is second on 1,415 points with Britain's Danny Hart, a fifth-place finisher in Italy, climbing to third on 1,330 points.

Hannah had topped the qualifying standings yesterday, with Caribou second.

She raced down the Black Snake downhill track to finish more than 10 seconds clear of Hannah, taking gold in 4:25.790.

Hannah maintains the overall lead in the series on 1,865 points with Britain's Rachel Atherton in second on 1,555 points.

Cabirou's 200 point haul has seen her close the gap on Atherton, but she remains in third place on 1,455 points.