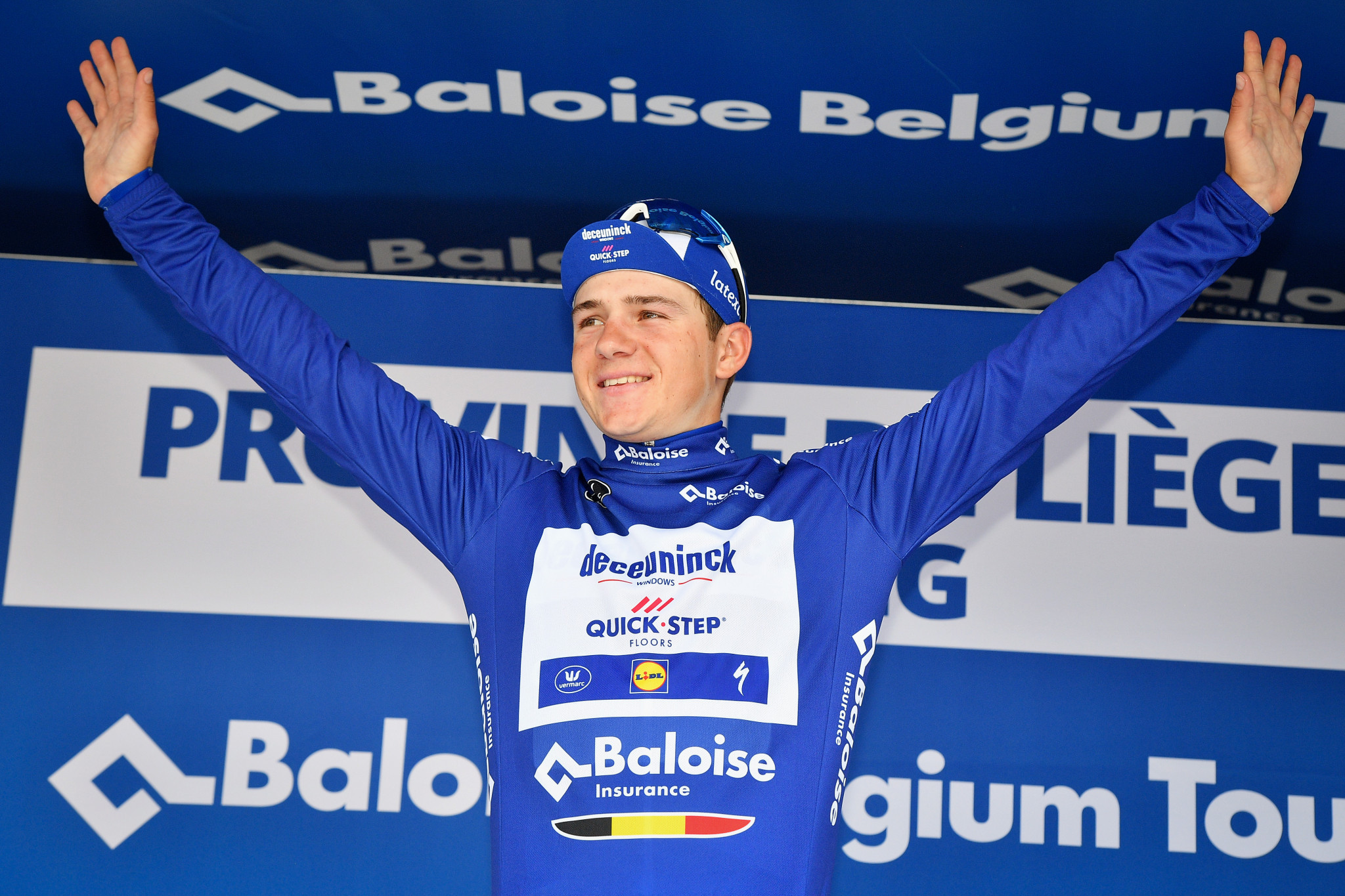 Remco Evenepoel has won his first ever International Cycling Union WorldTour one day race after triumphing at a dramatic Clásica de San Sebastián where favourite Julian Alaphilippe abandoned the course after just 80 kilometres.

The 19-year-old Belgian attacked 20km from the end and held an elite peloton at bay to claim an unexpected victory in the 227.3 km race in Spain.

The Deceuninck-Quickstep rider made a breakaway alongside Toms Skujiņš, before dropping the Latvian on the final climb and leading home the field alone by an astonishing 38 seconds, crossing the line in 5 hours 44min 27sec.

Evenepoel took full advantage of team-mate Alaphilippe, in his first race since the Tour de France, hopping off his bike with 147km still to go.

Wow, what a day! This win absolutely would not have happened without @GeoWilliams3 who buried herself after my flat and mechanical to bring the leader within catching distance https://t.co/w3DDDgc4d7

The Frenchman abandoned just after Alkiza, the third climb of the race, therefore losing the chance to defend his title from 2018, when he beat The Netherlands' Bauke Mollema in a sprint finish.

Fatigue on the gruelling San Sebastián course may have been a factor, given his exertions at the Tour de France, where he held the yellow jersey through the Pyrenees before losing it to Egan Bernal in the final three stages.

The Colombian himself was dropped from the peloton with 76km remaining as several big names struggled, allowing Evenepoel to take advantage.

Earlier, Australia's Lucy Kennedy won the first women's Clásica, having had to attack the leaders twice after a puncture scuppered her first attempt.

The Mitchelton-Scott rider eventually finished in 3:38:04, 23 seconds ahead of WNT-Rotor's Janneke Ensing, with Dutch riders in second and third – Pauliena Rooijakkers of CCC-Liv coming home 64 seconds behind Kennedy.