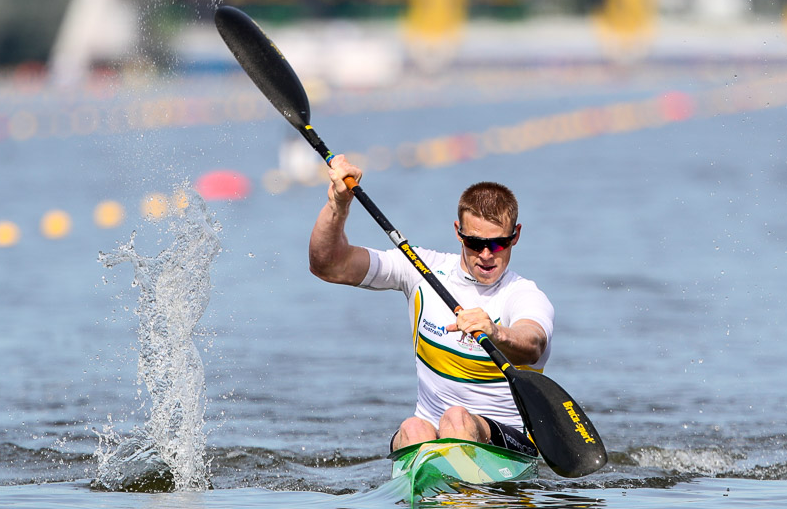 Australia's Thomas Green showed why he has reached a senior K1 1000 metres World Cup final as he won gold in the under-23 event at the International Canoe Federation (ICF) Junior and Under-23 Sprint World Championships.

Green streaked home in 3min 41.946sec in Pitesti, Romania, more than a second ahead of Germany's Jakob Thordsen in second, while Adam Varga of Hungary won bronze in 3:43.444.

There was disappointment for Green's team mates Jackson Collins and Jean Van Der Westhuyzen, however, as they missed out on gold in the under-23 K2 men's 1000m.

The Australian duo had qualified fastest from the heats but were beaten by Hungary's Matyas Koleszar and Viktor Nemeth, who triumphed in 3:27.774 in the final.

German pair Martin Hiller and Jakob Kurschat were third in 3:29.602.

Germany’s Conrad Scheibner defended his title in the C1 under-23 men's 1000m by winning his final in 4:09.259, nearly a second and a half clear of Romania's Constantin Diba in second and a full 2.6 clear of Bulgaria's Angel Kodinov in third.

Jensen, who won three golds at the 2018 Junior and Under-23 World Championships in Plovdiv, eased to victory in 2:12.525, over three and a half seconds faster than China's Xialian Lin in second, while Yarisleidis Duboys of Cuba earned bronze.

Jensen will get chance to add another gold to her collection this weekend when she races in the junior C1 200m.

Another gold medallist was Cuba's 18-year-old Jose Cordova, who caused a major stir when he won C1 1000 gold at the opening ICF World Cup event this year.

He had little trouble dropping back to the junior ranks, winning in 4:06.947, over four and a half seconds clear of second place Czech Jiri Minarik, while German Florian Koeppen was third.