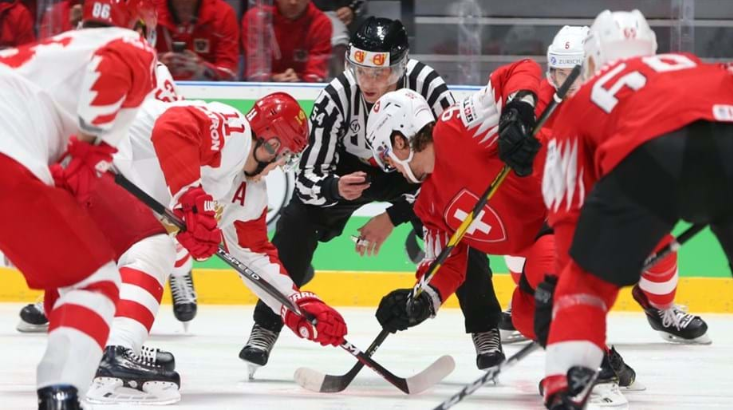 The International Ice Hockey Federation (IIHF) has unveiled the game schedule for its 2020 World Championship in Switzerland.

The event, billed as the biggest on the annual winter sports calendar, is due to take place from May 8 to 24 in the cities of Zurich and Lausanne.

The four games on the opening day are set to see Olympic and World Championship medallists of the past few years go head-to-head.

Hosts Switzerland are due to Russia in Group B’s evening game at Zurich’s 11,200-seat Hallenstadion, which was re-opened in 2005 after a year-long interior renovation.

Russia were the bronze medallists at this year’s IIHF World Championship in Slovakia, while Switzerland claimed silver at the 2018 edition in Denmark.

The other teams in Group B are scheduled to start their campaign the following day with Italy meeting the US, Latvia going up against Norway and Kazakhstan doing battle with Switzerland.

Set to be inaugurated next month, the new 9,500-seat Vaudoise Aréna in Lausanne will play host to the match between 2019 silver medallists Canada and Germany on the afternoon of May 8.

Sweden, the back-to-back world champions in 2017 and 2018, will then pit themselves against Czech Republic in the evening game.

The remaining teams in Group A will begin their bid for glory on May 9 as Great Britain face Germany, Slovakia meet Denmark and Belarus go up against Czech Republic.

Lausanne, the second-largest city of the French-speaking area in Switzerland, is a two-hour train ride away from Zurich.

This makes it easy for visitors to join games at both venues, the IIHF claims.

The two groups, each consisting of eight teams, will be played in a single round-robin format until May 19.

The four best teams will advance to the cross-over quarter-finals on May 21.

Two quarter-final games will be played in Lausanne and two in Zurich.

If qualified, hosts Switzerland would contest the evening match in Zurich.

Both semi-final games on May 23 will be played in Zurich, as will the medal matches on May 24.

The full schedule can be viewed by clicking here.

Ticket sales for the 2020 IIHF World Championship have already started with the first stage, in which preliminary-round, final-round and arena packages are currently available for each of the two venues.

In the next stage, day tickets will become available on September 10.

"Follow-your-team" packages for fans from other countries travelling to Switzerland will also go on sale.

In February and March 2020, single-game tickets for matches not already sold out will be made available.