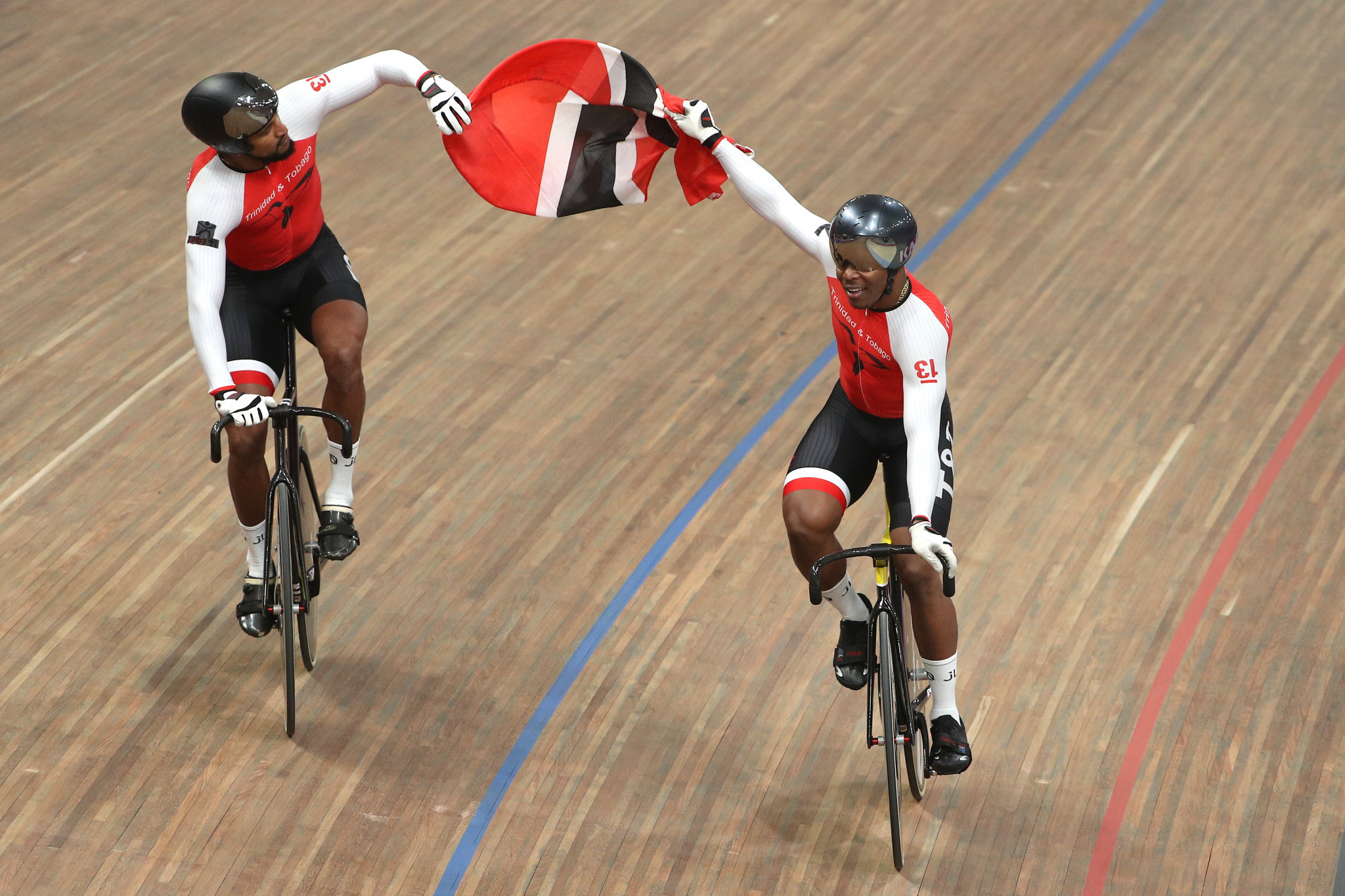 Their trio of Keron Bramble, Njisane Philipp and Nicholas Paul produced a fine performance to christen the National Sport Village velodrome in international competition, with the facility having only been opened last month after a tight construction schedule.

The Trinidad and Tobago team posted the fastest time in qualification by clocking 44.260 seconds, with Colombia’s Ruben Murillo, Kevin Quintero and Santiago Ramirez second in 45.046.

Both teams would meet in the gold medal ride in the evening session, which saw a close race for the first title of the track cycling programme.

Trinidad and Tobago would clinch the gold as they crossed the line in a time of 43.972, with Colombia settling for silver in 44.584.

Brazil completed the podium without having to contest the bronze medal ride, after Mexico were disqualified after two false starts.

Jessica Salazar and Daniela Gaxiola allowed Mexico to quickly move on from the disappointment as the duo triumphed in the women’s team sprint.

A Pan American Games record time of 33.424 saw the Mexicans triumph in the gold medal ride against Canada, whose team of Amelia Walsh and Kelsey Mitchell ended in 34.096.

Bronze was won by Colombia, who finished in 34.313 in their head-to-head duel with Argentina for the final podium position.

The men's omnium was also contested, with the United States' Daniel Holloway emerging as the winner of the four event competition.

Holloway placed third in the scratch race to begin his campaign, before winning the tempo race and ending ended second in the elimination.

His consistency gave the American a solid platform heading into the decisive points race, where there was a close battle between four riders for the medals.

Holloway would gain two laps to bolster his points tally by 40, while he earned another 27 points in sprints.

It helped him finish on an overall tally of 181 points to win the competition..

Mexico’s Ignacio Prado finished in second place on 168 after gaining laps, while Felipe Penaloza of Chile was a further two seconds back in third.

United States and Canada will race for gold in the women's team pursuit.

The two nations recorded the fastest times in qualification, before winning their first rounds contests.

Colombia and Mexico will meet in the bronze medal race.