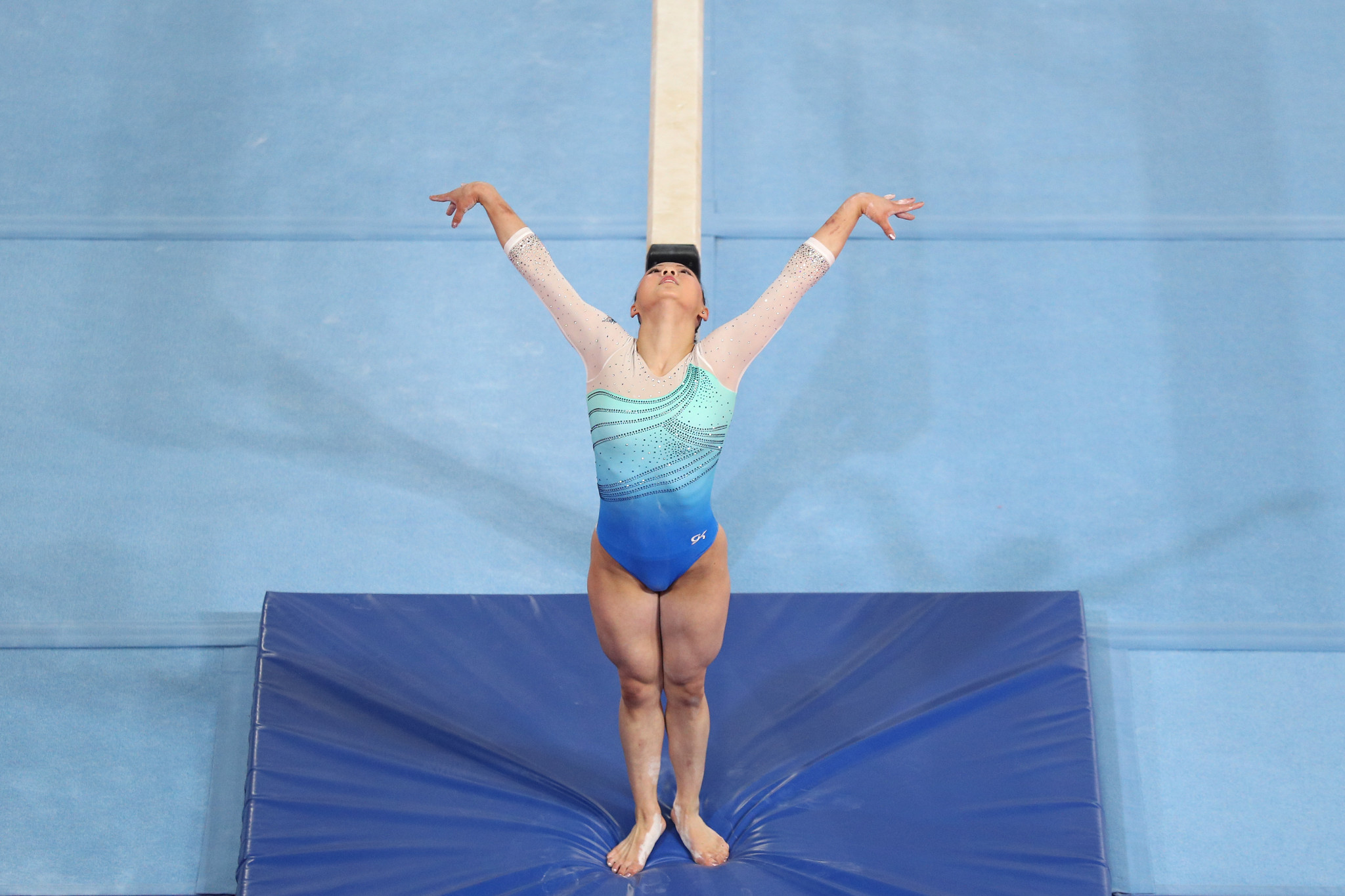 Kara Eaker starred on the final day of artistic gymnastics competition at Lima 2019 as the American produced a stunning performance to triumph on the beam.

The 16-year-old, a member of the United States’ gold medal winning World Championship squad, delivered a near faultless routine in the final at the Polideportivo Villa el Salvador venue.

Eaker was rewarded with an execution score of 8,666 on her 6.600 difficulty routine from the judges, giving the American a total of 15.266.

The score saw the American claim a comfortable victory in the competition, with Canada’s all-around champion Ellie Black second back on 13.566.

Bronze was secured by Eaker’s team-mate Riley McCusker, who managed a score of 13,333 to add the medal to her individual uneven bars and team titles.

Eaker would secure a second medal of the day when she finished as the runner-up in the floor final.

Canada’s Brooklyn Moors would edge the American by 0.100 after finishing with a score of 13.900.

The podium was rounded off by Flavia Saraiva on 13.766, with the Brazilian winning a fifth Pan American Games bronze medal of her career.

Barretto, who also won the team title earlier in the week, won the men’s horizontal bar competition by achieving a score of 14.566.

His team-mate Arthur Mariano finished second on 14.533, while bronze was earned by Cuba’s Huber Godoy, who received a score of 14.200.

Audrys Nin of the Dominican Republic was awarded scores of 14.266 and 14.566 for his two efforts in the men’s vault final.

His average score of 14.416 put him at the top of the standings, with Guatemala’s Jorge Vega taking the silver medal on 14.383.

He was awarded a score of 14.433 for his routine in the men’s parallel bars event.