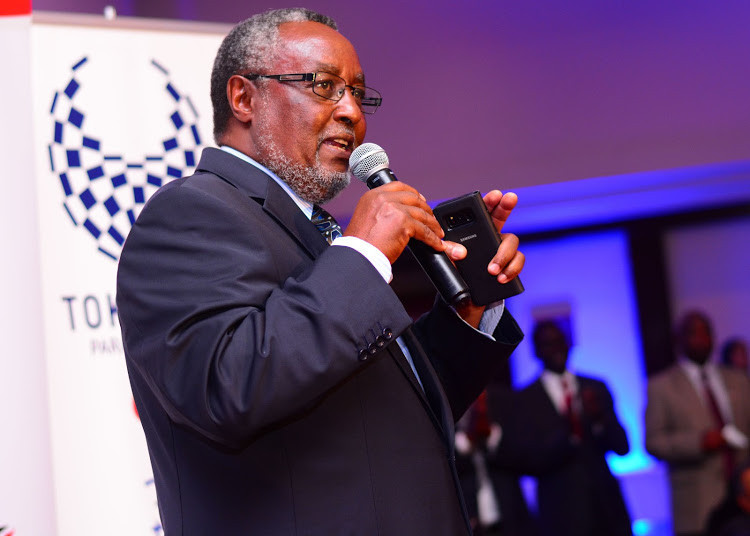 Kenya’s newly appointed Chef de Mission for next year's Olympics in Tokyo, Waithaka Kioni, has vowed that every coin used for the Games would be accounted for to avoid any risk of a repeat of the corruption scandal that marred Rio 2016.

The performance was overshadowed, however, by a kit fiasco as well as misappropriation of funds that eventually landed senior National Olympic Committee of Kenya (NOCK) officials Francis Paul and Stephen Soi in court.

Kioni, the Deputy President of NOCK and President of the Kenya Volleyball Federation, told the Daily Nation: "As the Chef de Mission, I can assure you that I will not tolerate it.

"I will not allow it.

"We would not want to tarnish our own reputations and that of NOCK.

"Each of us in the executive committee has a reputation which we have built over the years.

"We will not allow our reputations to be spoilt by one or two people."

Kioni went on to list the gains made by the NOCK officials, led by the highly respected multiple world and Olympic medallist Paul Tergat, since their election in September 2017.

"The organisation of the last Olympics brought a lot of disrepute to NOCK, despite the good performance of our athletes but we have been working hard to redeem the image," he told the Daily Nation.

Tergat commented: "I am confident if we join hands we will the strongest brand.

"Let’s make it happen and make it big in Tokyo."

The announcement of Kioni’s appointment was attended by the Sports Cabinet Secretary Amina Mohammed, who vowed to supervise all Tokyo 2020 preparation to ensure what happened at Rio 2016 was not repeated.

"Drawing from past lessons, I will personally supervise the management of this process to ensure that logistical details are addressed seamlessly to allow athletes only focus on the Games," Amina said.

"The Ministry shall constitute the Steering Committee for the Tokyo 2020 Summer Olympics immediately after the 12th edition of African Games to be held next month in Morocco."

Upon being named as Chef de Mission, Kioni told the Daily Nation: "It’s a big honour.

"It’s a position that comes with a lot of responsibility and I want to work closely with all stakeholders to uphold the principles of governance and integrity.

"We all know what happened in Rio so we have to work closely with the steering committee to ensure that all our activities are ethical.

"The goal is to improve on our last performance and that means we have to get it right in the preparation phase."

On that topic, NOCK has confirmed that Japan’s Kurume City, in the Fukuoka Prefecture, to host Kenya’s pre-Olympic Games camp.