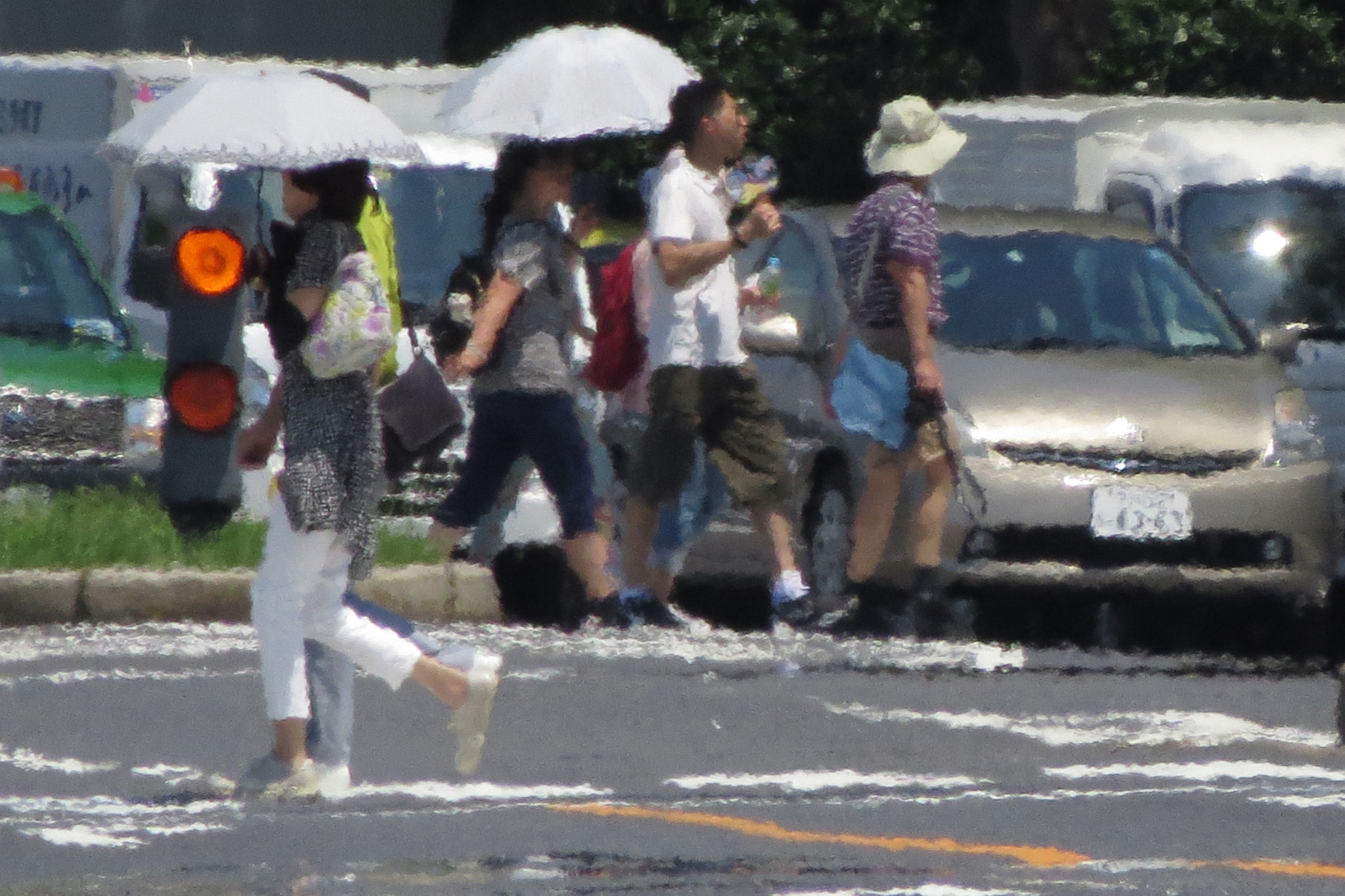 A total of 11 people died and 5,664 people were taken to hospitals in Japan due to heat-related medical issues last week when temperatures rose sharply following the end of the rainy season in most areas, the Japanese Government revealed.

The latest figures have been released at a time when Tokyo 2020 organisers and the Government’s Bureau of Environment are working on measures that can be taken to safeguard athletes, spectators and volunteers during next year’s Olympic and Paralympic Games.

At last week’s beach volleyball test event in Tokyo misting sprays and air-conditioned tents were among the features trialled in order to combat the effects of rising temperatures in the capital.

As temperatures rose to 38 centigrade, the 11 deaths were reported in 11 different areas among Japan's 47 prefectures, Japanese agency Kyodo News reported.

Aichi Prefecture had the most people rushed to hospitals at 392, followed by Osaka Prefecture at 388 and Tokyo at 299.

The number of people sent to hospitals nearly tripled from 1,948 in the preceding week as the rainy season came to an end.

Those aged 65 and older accounted for 52.6 percent of the total in the week to last Sunday (July 28), according to the Fire and Disaster Management Agency.

Of the 5,664 people, 119 displayed severe symptoms that would normally require at least three weeks of treatment as an inpatient, while 1,792 suffered less serious issues, necessitating shorter stays.

As temperatures are likely to remain above the average in Japan in the upcoming week, the Agency urged people to stay hydrated and to take rest occasionally.

While the capital hosted its first Summer Games in the much-cooler month of October in 1964, next year's competition featuring 33 sports and 339 events is due to take place between July 24 and Aug. 9.

Weather-related concerns have mounted since Tokyo was awarded the Games in 2013, especially after a historic heatwave affected Japan's capital last summer, with an area near Tokyo seeing a record temperature of 41.1C.

Tokyo 2020 has admitted the threat posed by the extreme heat and typhoons is considered a "major issue" resulting in the shifting of start times of several events.

The men's and women's marathons were pushed back one hour to 6am and the men's 50 kilometres race walk will commence at 5:30am.

The organisers are set to provide information about weather conditions and safety precautions through the official mobile app.

They are also considering allowing spectators to bring their own bottled drinks into event venues, a departure from previous Games at which sponsor and security considerations have made such a possibility a no-go.

"This is all aimed at making spectators feel as comfortable as possible, given they have come to see events in a very hot and humid environment," Tokyo 2020 delivery officer Hidemasa Nakamura said last month.

He added that the measures taken would include a "specific focus on the elderly, children and international visitors".

insidethegames has contacted Tokyo 2020 and the International Olympic Committee for comment on the latest heatwave casualty figures.