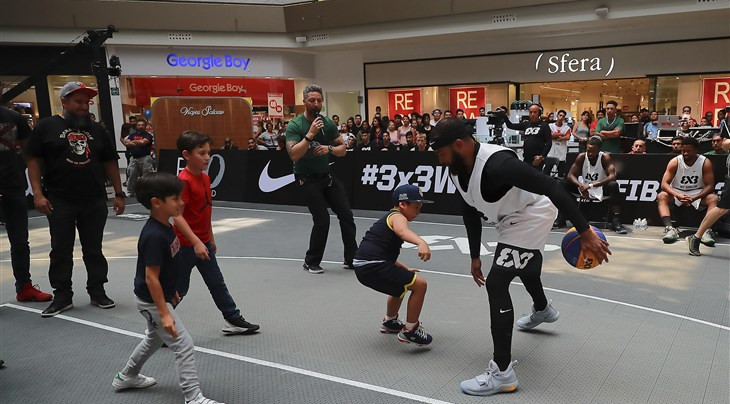 The International Basketball Federation (FIBA) has expressed its backing for the revolutionary concepts launched by Tokyo 2020 for its newly-named "TOKYO WATERFRONT CITY", which denotes an area around Tokyo Bay that will host Olympic and Paralympic events, including 3x3 basketball, and activities next year.

The Aomi Urban Sports Park is due to play host to 3x3 basketball at Tokyo 2020 from July 25 to 29, and every fan will be able to watch and interact with the biggest stars in the game.

Those who bought a ticket will attend the matches and urban entertainment in an intimate setting, while those without tickets will be able to catch the action at the "Playground".

This space, adjacent to the Aomi Urban Sports Park, will include outdoor warm-up areas where fans can watch and interact with 3x3 basketball players just a few minutes before they step onto the court.

"We developed 3x3 with the ambition to play it anywhere, including the most high-traffic urban locations," Alex Sanchez, FIBA's 3x3 managing director, said.

"Thanks to 3x3’s unique attributes, we’ve managed to build a special relationship between the fans and the stars of the game, based on unprecedented engagement on and off the court."

Sanchez added: "All spectators sit incredibly close to the court.

"Not only can they follow and identify the player’s emotions, they can efficiently interact and support their favourite stars.

"This connection continues all year long with access to the 3x3 players off the court in clinics and on social media."

Following the conclusion of the 3x3 basketball Olympic tournament, the warm-up courts at the Playground will transform into an area for the fans to "get sporty and hop on a casual pick-up game" on the same floor where athletes prepared for their matches.

"TOKYO WATERFRONT CITY", it is claimed, will create an environment that will more directly engage spectators and visitors during Tokyo 2020.

It includes the Aomi and Daiba neighbourhoods as well as the new city area of Ariake, where a number of urban development projects are under way.