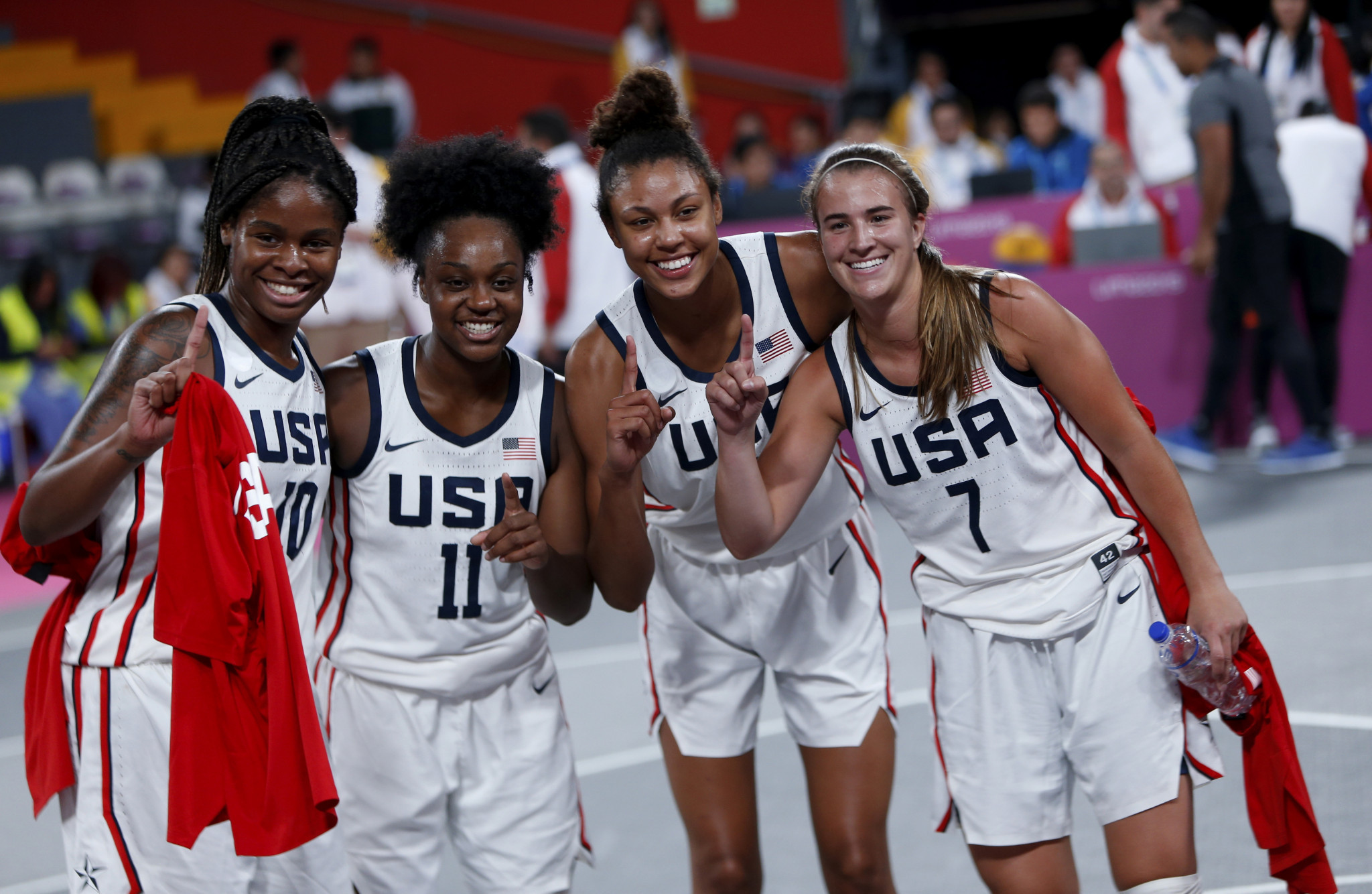 The United States triumphed in the men's and women's 3x3 basketball here at the Lima 2019 Pan American Games, with the discipline set to make its debut at the Tokyo 2020 Olympic Games.

The competition here was the first time that 3x3 basketball had featured at the Pan American Games.

Argentina were the vanquished opponents in the women's event, losing 21-17 at Coliseo Eduardo Dibos.

"It feels very good and any time you win a medal for your country it is special," said the US's Ruth Hebard.

The US edged past Puerto Rico in the men's final, the match ending 21-19.

The same two teams as in the women's bronze medal match battled it out for third place, with Dominican Republic once again emerging victorious against Brazil, this time 19-17.

Lima 2019 did not act as a qualifier for Tokyo 2020, with eight spaces available for both the men and women's events.

For each, Japan will participate as hosts, while four teams will be given a place according to the International Basketball Federation (FIBA) ranking list.

A further three teams will qualify from the FIBA Olympic qualifying tournament, while the final spot will be available through a FIBA Universality-driven Olympic Qualifying Tournament.

She triumphed first in the women's slalom, ahead of Canada's Whitney McClintock Rini and Paige Rini.

Her next gold then came in the women's jump, scoring 171 to win.

Her nearest opponent was Whitney McClintock Rini of Canada, who finished on 158, just in front of Chile's Valentina Gonzalez on 157.

Taylor Garcia achieved another gold for America in the men's jump, recording 214 points.

Jonathan Healy rounded of a successful day for the US, giving a strong performance in men’s over-80 kilogram final.

Brazil's Milena Titoneli was the victor in the women's under-67kg final, edging past defending champion Paige McPherson of the United States 9-8.

The 20-year-old added her Pan American Games gold medal to the bronze she won at the World Championships in May.

The women’s over 67kg title was claimed by Mexico’s Briseida Acosta, who fended off the challenge of Colombia’s Gloria Mosquera to win 10-5.