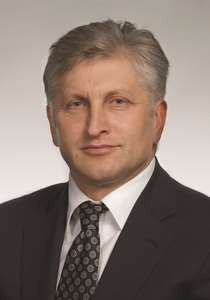 A group of athletes and coaches have accused the National Olympic Committee of the Republic of Moldova (MOC) and its President Nicolae Juravschi of corruption, including an alleged €1 million (£900,000/$1.1 million) fraud connected to the sale of land for its headquarters.

The organisation, entitled the Association of Athletes and Coaches of Moldova, made a series of allegations against the MOC and double Olympic gold medallist Juravschi in an open letter to Moldova President Igor Dodon and Prime Minister Maia Sandu.

But the main claim made by the group is an accusation of fraud relating to the MOC building in Chisinau.

Serafim Urecheanu, former Mayor of Chisinau, told Moldovan TV channel TV8 the MOC "did not have any right to sell this land, because it wasn't their property".

"It was a plot of land transferred to them for the purpose of building the headquarters," he said.

"According to the law, they also had no right to privatise this land because no buildings were yet constructed on this land."

The group believes the MOC has questions to answer on why it sold the land for three times less than its apparent market value.

It is also claimed the decision to sell the land had been kept a secret.

Juravschi, a member of the Parliament of Moldova since 2011, dismissed the allegations as "nonsense" and claimed he had never heard of the Association of Athletes and Coaches of Moldova.

"First of all, I don't know of such an organisation," he told TV8.

"This land was the property of the Olympic Committee.

"It is an aberration.

insidethegames has contacted the International Olympic Committee for comment.