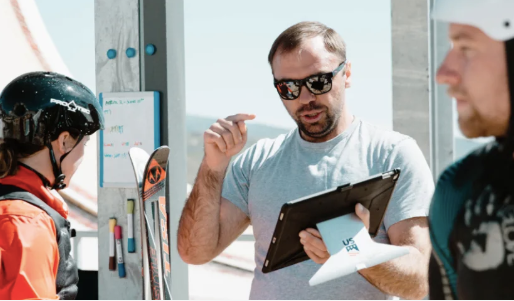 US Ski and Snowboard (USS) have named Russian Winter Olympic medallist Vladimir Lebedev as their new head aerials coach for the freestyle team.

The 35-year-old becomes the first permanent coach in the role since Todd Ossian's nine-year stint came to an end in May.

Born in Uzbekistan, Lebedev moved to Moscow and represented Russia between 2000 and 2010, winning bronze at Turin 2006 in the men's aerials.

Lebedev retired from competition in 2011 due to a recurring knee injury and moved into coaching with the Russian development team until Sochi 2014, before working as a World Cup coach until 2017.

Athletes he has trained include Ilya Burov, who won a bronze medal at Pyeongchang 2018 in the aerials event.

Lebedev moved to the US and was a World Cup coach for the moguls team before his appointment as aerials head coach.

Jeremy Forester, director of freestyle for USS, said: "Vlad is widely respected within the aerials community and brings a history of coaching success with him to this team.

"His passion for the sport and clear vision sets a high standard for his athletes.

"I look forward to working with him in his new position."